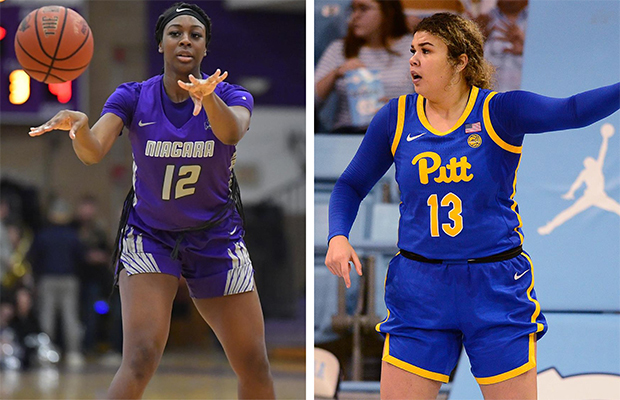 Emerald Ekpiteta and Kyla Nelson will be team-mates next season after both confirmed their transfers to Florida International University.

Ekpiteta makes the move following three years at Niagara having averaged 9.3 points per game during her junior year including a career-high of 26 points.

💪 @emerald_xox finishing strong in a season-high 26 points for Niagara in January. Next chapter: FIU. #BritishBasketball #Hoopsfix

“Emerald is going to bring us a lot strength and speed inside,” Coach Burks-Wiley said via the official release. “Her rebounding ability will create a ton of opportunities for our team. With her experience and work ethic, I know she will make her year with us impactful on and off the court.”

Meanwhile, Nelson also makes the move ahead of her senior year after three years at Pitt. The former GB Under-20 guard missed the start of the 2019-20 campaign after having surgery to remove cancerous cells following a shock diagnosis.

Nelson returned to action in December and made four appearances before missing the remainder of the season. In 64 games with the Panthers, she amassed 300+ points and 100+ rebounds, averaging shy of 20 minutes per outing.

The Brit duo will link up as team-mates at FIU next season with Holly Winteburn, Ire Ozzy-Momodu, Gabby Nikitinaite and Megan Haines also transferring.