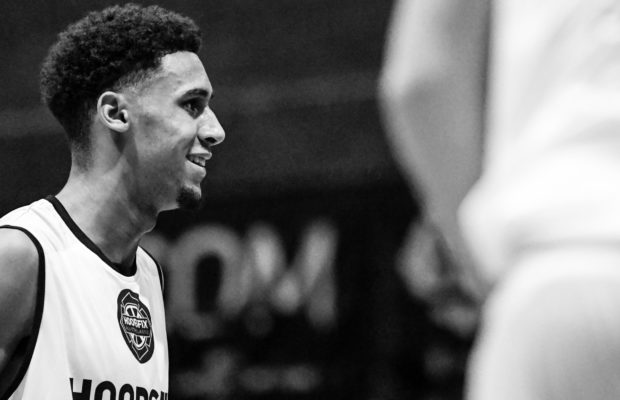 With the 2019-20 season in the books, we take a look back on the top performing Brits at JUCO level.

Here are five players that impressed:

The former Derby Trailblazer netted a season-high of 27 points in February, whilst ending the season with a run of seven straight games with at least 10 rebounds recorded including a best of 15.

Elliott-Sewell competed in the Class of 2018 game at the Hoopsfix All-Star Classic and is already receiving offers from NCAA DI schools including Nicholls State.

Jonathan Komagum averaged a near double-double in his sophomore year at Williston State College. The 6’9″ forward from CoLA did lift his scoring in conference play with 10.9 points per game alongside 10.9 rebounds.

Komagum made 27 starts from 31 appearances having also played alongside fellow Brit Nathaniel Powell with the freshman averaging 4.3 points per game with a best of 16 points.

Interest in securing his services for next season is already rising with Komagum announcing an offer from NCAA DI school, University of Toledo.

Peter Turay started every game as a freshman at Lamar Community College, dropping a season-high 30 points on 14-17 shooting in January. The 6’8″ forward finished the year shooting an eye-catching 74% from the floor with 13.7 points per game.

Turay led his team in both scoring and rebounding – averaging 6.7 boards per outing – as his side went 16-15 in their campaign. The former Itchen big man has also competed in the last two editions of the Hoopsfix All-Star Classic.

Carl Campbell made the most of his 15.4 minutes per game off the bench as an efficient contributor at Frank Phillips College as they went 14-16 on the season.

In his second year in Borger, Texas, Campbell averaged 6.3 points per game with a best of 14 points coming in November. The centre also netted 13 points on a perfect 6 of 6 shooting as part of a five-game stretch without missing a shot.

Campbell spent a year at The Phelps School following his time with London United and will be on the move again for next season.

Morgan Carter had a solid year at Hillsborough College having transferred from the NAIA. The junior Welsh international netted 20 points in January and was an 89% free throw shooter on the season.

Carter suited up at the Class of 2018 game at the Hoopsfix All-Star Classic two years ago and enjoyed previous success in his time at Charnwood/Loughborough. The 1998-born forward had a run of games with double figure scoring to start 2020 and closed the season with 10 points.

A new challenge awaits next season with Carter having announced his commitment to play for UM Crookston in NCAA Division II for the 2020-21 campaign.

Great pick up by UM Crookston!

Honourable mentions go to sophomore Jonny Hall, averaging 5.5 points with a best of 25 points at Eastern Wyoming, while Sam Keita also put up 5.5 points per game as a freshman at Casper Community College.

DISCLAIMER: Statistics are not available for every team so discrepancies may apply.

Have a story? Get in touch and send us an email at [email protected]