10 players that stood out at the 2022 Hoopsfix Pro-Am - Hoopsfix.com 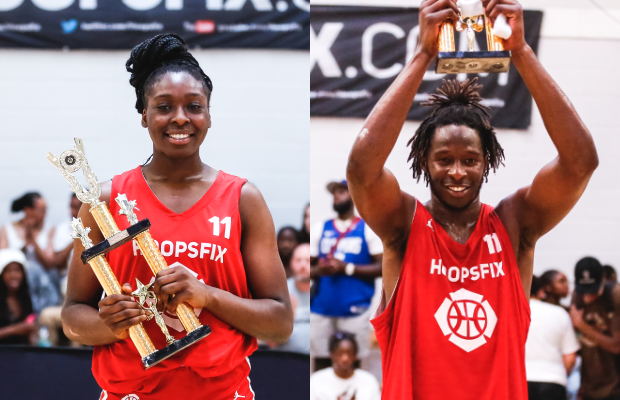 Five weeks of action at the City of London Academy featuring 12 teams across two tournaments and countless GB internationals and top-level pros competing.

We have picked out five players across both tournaments that impressed across the five weeks with a minimum of three games needed for consideration. 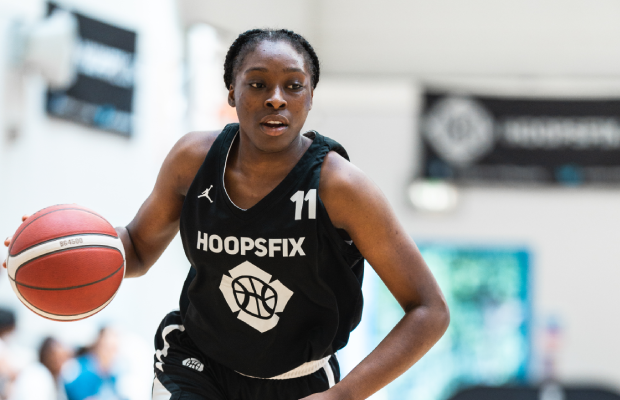 Ozzy-Momodu was named tournament MVP after consistent performances helped lead Team Sapphire to the title. The 18-year-old joined Sapphire for Week 2 and made three appearances in total; averaging a near double-double for the tournament. Ozzy-Momodu top scored with 13 points in the semi-final win over Diamond before finishing with eight points and 10 rebounds in the final triumph over Emerald. 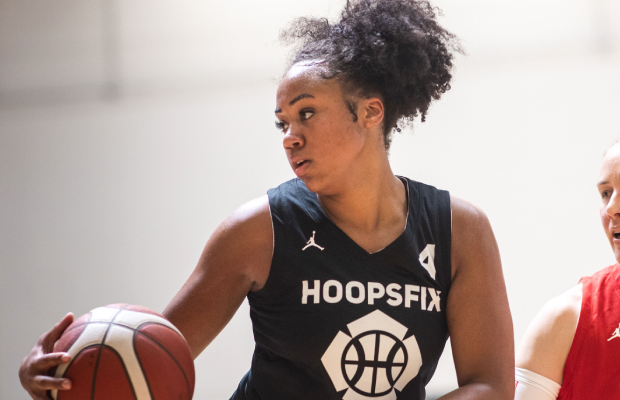 Grant was in MVP contention as Emerald pursued a perfect tournament before coming up short in the final. The Purdue alum opened with an 11-point, 11-rebound double-double and then top scored again in Week 2 with 12 points before contributing seven points, four rebounds and three assists to help Emerald finish 3-0 in the group phase. Grant returned to action for the final with eight points, including a couple of triples, in defeat. 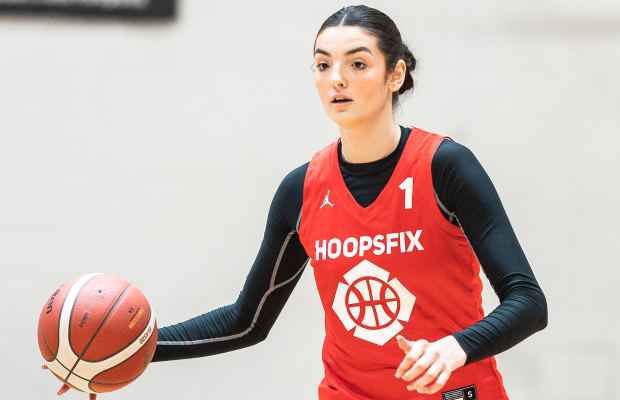 Christie returned to the UK to showcase her development from time in the States across the first three weeks of the tournament. After pouring in 17 points in an opening win for Diamond, Christie fired in 21 points as they came up short against Emerald in the following week. Christie attacked the basket at will, but was also capable of stepping outside the three-point line and heads to San Francisco after transferring from Buffalo. 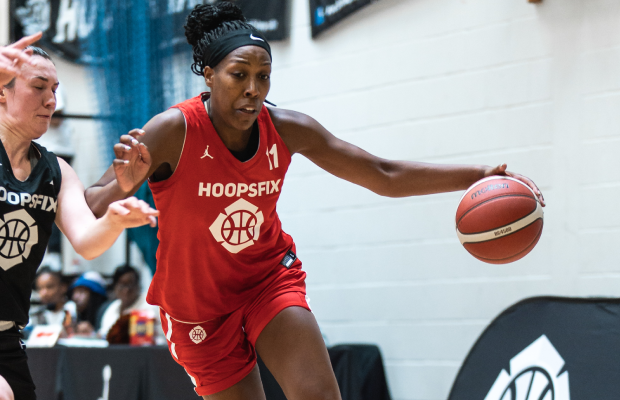 Joseph was one of several of London Lions’ historic quadruple-winning roster to suit up in the Pro-Am and sparked a strong partnership with fellow GB international Janice Monakana. The experienced forward put up a big double-double in Week 1 with 14 points and 16 rebounds before adding another 14 points in Week 3 having narrowly missed out on a second double-double in between as Ruby went 0-3 in the group phase. 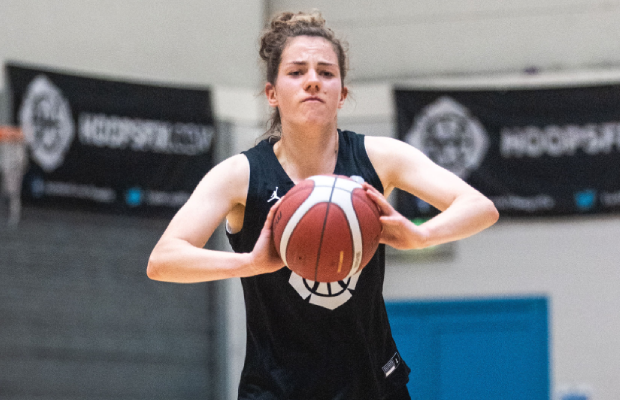 Lavin was another consistent performer for Team Emerald having looked at ease against older, more experienced opposition. The American University bound forward reunited a battle with CoLA teammate Isi Ozzy-Momodu – one which has been fiercly contested in successive years at the Hoopsfix All-Star Classic – in the final, though Emerald were edged out. Lavin netted 12 points in a Week 1 success before scoring a best of 15 points to lead Emerald past Ruby two weeks later – including a clutch play in the final minute.

Melita Emanuel-Carr made an instant impact on debut for Team Sapphire with 21 points in their 16-point win over Diamond before returning for the final with six points, five rebounds and five assists, while Shanice Beckford-Norton brought the energy as always with two appearances for two different teams.

Macy Spinks orchestrated the Team Diamond offence across five weeks and there were also other standout individual displays including CoLA’s Ana-Isabel Andersson in the semi-finals. 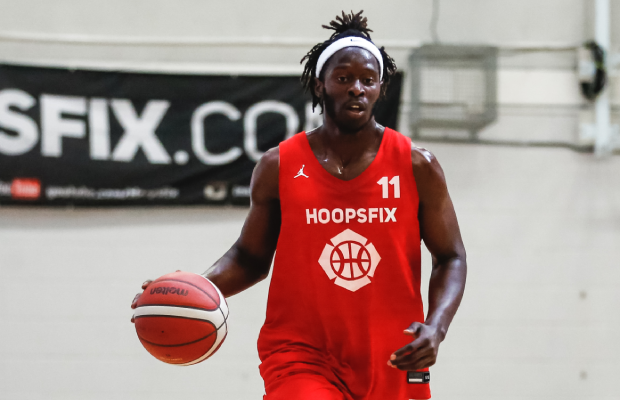 Turay averaged a tournament best of 17.5 points per game on his way to capturing the MVP award, despite London United finishing as runners-up in the final. The former CoLA prospect was back in familiar surroundings and helped fire his side to the final with a 26-point outing in the semi-finals. Turay had amassed 60 points across his first three appearances and was kept to 10 points in the final amid a tough battle inside with Rob Gilchrist. 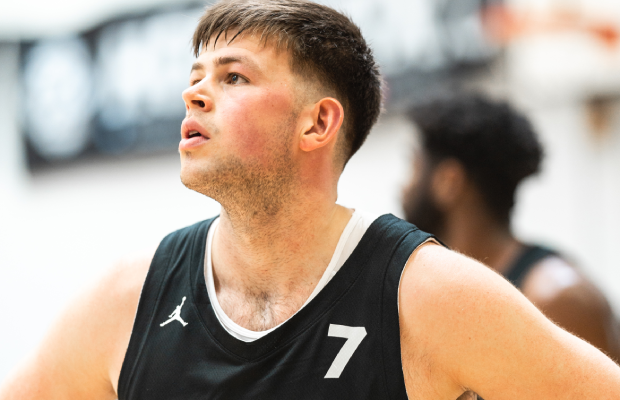 Boardman-Raffet was a key player for Glacier Boys on their way to capturing the first-ever title and was in contention for the MVP award. The former Barking Abbey guard was back from a year in Canada and finished with 12.5 points per game for the tournament having hit double figures in each of his four appearances including 10 points in the final triumph. Boardman-Raffet netted 15 points in a Week 2 victory as well as 14 points in the semi-finals. 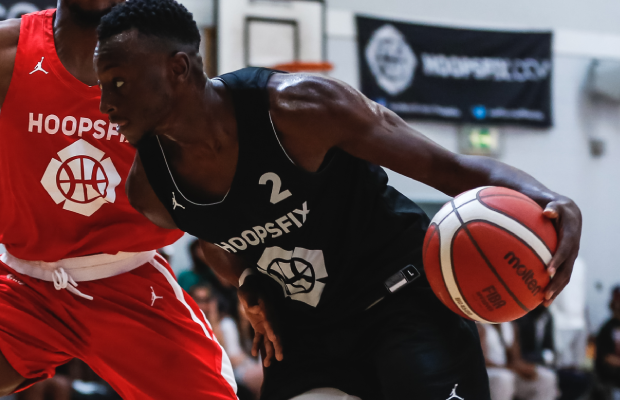 The explosive Adamu was another back on home soil this summer having completed a fifth year in college at Montana State last season. Adamu linked up with Lloyd Garnder’s side and averaged 14.3 points per game across four appearances – second only behind Turay – with a best of 18 points in a win over London United before scoring 17 points in the semi-final defeat to eventual winners Glacier Boys as their unbeaten run came to an end. 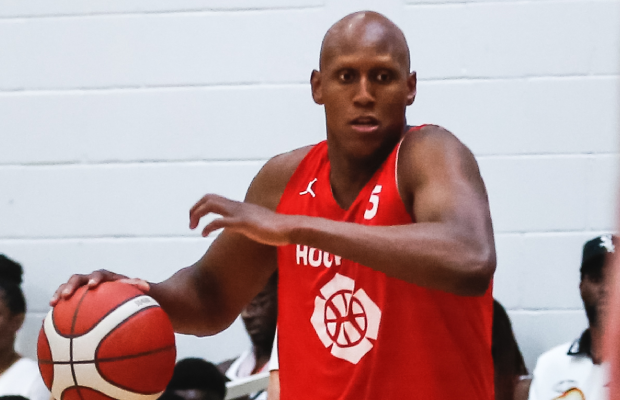 Spence was another key contributor to London United’s surprise run to the final having struck up a dynamic partnership with eventual MVP Turay. The Oklahoma City University senior played all five weeks with a tournament high of 21 points in a crucial win over Worthing Thunder in Week 2 that would help London United advance to the semi-finals. Spence also netted 14 points in the final defeat against Glacier Boys and was inside the top 10 in scoring and rebounding. 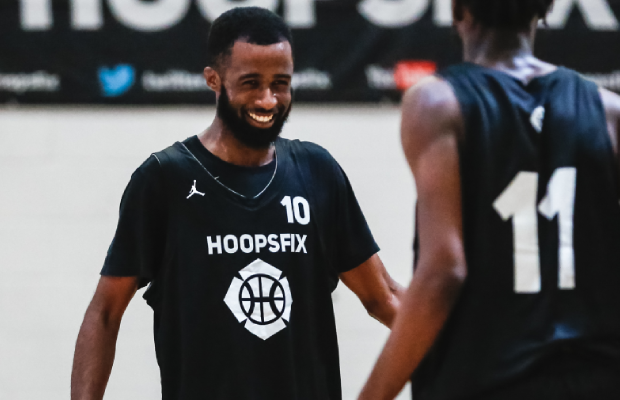 Former Hoopsfix All-Star Classic MVP Carey played all five weeks and was third in total points scored; finishing with averages of 13.4 points per game to rank fourth. Carey fired in 21 points in a victory over Worthing Thunder and also netted 15 points on two occasions including in Run & Jump’s final game as they secured third spot on Week 5. Carey also made more three-pointers than any other player in the tournament with a total of 14.

Josh Apple was another reliable performer for Run & Jump having finished fourth in total points scored, while Worthing duo Orlan Jackman and Lovell Cook were both amongst the top five in the scoring averages and Kayne Henry put on a show for Hoopspace, particularly in Weeks 1 & 5.

Ed Lucas came up clutch for CoLA in the final week with a game-winner and averaged 12.8 points per game for the tournament. Glacier Boys also had valuable performances from the likes of Joe Hart and Bradley Kaboza with GB international Carl Wheatle showing out in the final as well.