Basketball and Fitness: How Flo Ward finds time for both - Hoopsfix.com

Support
Home / Features / Basketball and Fitness: How Flo Ward finds time for both

Basketball and Fitness: How Flo Ward finds time for both 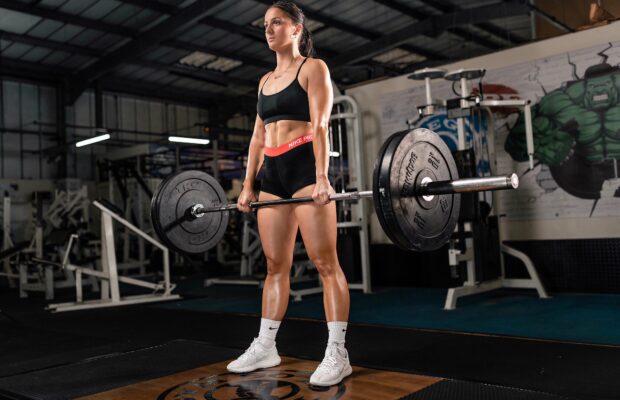 Flo Ward has been pushing forward with a new career as a Personal Trainer, whilst still finding time for basketball – albeit in a reduced capacity.

The 26-year-old switched her focus into a fitness business upon moving to Bristol in 2018 having fuelled her passion through education; majoring in Exercise Science at college in America.

“It was during summer school when we spent a lot of time in the weights room that my love came through,” Ward said in an interview with Hoopsfix. “I loved the science behind it, I knew I wanted to do it as a job and liked helping people, so eventually put the two together.

“And it was after my season playing in the WBBL that I decided to take a step away from basketball. I still play, I love it still, but it has become more of a hobby.

“Work has to come first. It was a hard transition because basketball has been such a big part of my life.”

a well built physique is a status symbol. it reflects the hard work you’ve put in…you can’t steal it, you can’t borrow it & you can’t hold onto it without constant work. it shows discipline, patience & work ethic..💪🏼 • • • i used to be so worried what people thought of me about being ‘too muscular’ or ‘too manly’ but honestly just do what makes you happy 🤷🏻‍♀️ now when i get called strong it makes me feel good & really proud of myself for sticking with something that i enjoy so much & get so much out of…so moral of the just do you & don’t listen to irrelevant people…k i’m done 😂🤙🏼 📸: @mattthomasphoto

Basketball is now permanently on hold due to the coronavirus pandemic shutting down the 2019-20 season, while Ward is also having to adapt her work situation with gyms closed and face-to-face sessions no longer possible.

Ward walked through a typical daily routine in life before the lockdown, which emphasises the challenge of finding a balance between work and basketball.

“People often think of PTs as having an easy job but it’s demanding work with long hours as a lot of time goes into things like writing programmes as well.

“Obviously, I still choose to play basketball and it would be easier if I didn’t.”

She added: “It’s so important to stay active more than ever. I’ve moved around 85% of my clients online through FaceTime and other means of communication.

“A lot of my clients have been struggling with not having any routine but it’s definitely challenging for everyone right now.”

Ward also offered advice to players looking to avoid a decline in fitness levels during the time away from the sport, whilst also believing that the importance of having a back-up plan in terms of a career will become more evident.

“The current situation is probably the biggest wake up call for athletes,” she stated. “Realising that there’s life outside of basketball.

“One injury and you could be done and not knowing when the seasons are going to resume at the moment.

“It’s really important to have a plan in place and not put all your eggs in one basket.

“In the meantime, there’s lots you can do with minimum equipment from ball handling to different exercises to stay active.

“You want to make sure you’re not starting again from scratch, so you have to be creative.”

Ward only started playing the game at 13 and soon made rapid progress, travelling to Southampton from her hometown in Salisbury just to take part. The left-handed sharpshooter attended Totton College and soon made a splash at Solent Suns, which led to international recognition.

Ward made the England Under-16s squad for the 2010 European Championships before making the step up to the Under-18s the following summer.

“I loved it representing my country,” she said. “Especially being from the South West – most of the players were either from London or up North so it was a really big achievement for me, and I just remember being so happy.

“It was not the easiest growing up – it wasn’t the normal route, but we made it work.” In 2013, Ward dropped 10 points against Portugal to finish the Euro campaign with the GB Under-20s on a high, playing alongside the likes of Shequila Joseph, Melita Emanuel-Carr and Harriet Ottewill-Soulsby, whilst embarking a full athletic scholarship in the States.

“It was really challenging,” she admits. “Being so young and moving away, there was a lot to get my head around. The student-athlete lifestyle was the hardest thing.

“Barking Abbey was the main academy for preparing athletes, but now there are a lot more like Charnwood and even Bristol helping the young girls in the programme so that they are ready.”

Ward spent two years at the University of North Florida in NCAA Division I before transferring to DII school Florida Southern. In her junior year, Ward posted a best of 16 points in a close win at Tampa and the Mocs went on to reach the Elite Eight stage of the National Championship, becoming South Region champions in the process.

A serious injury led to Ward missing her senior year, but would end up reunited with Swiss team-mate Giulia Simoni after Northumbria (now Newcastle Eagles) head coach Chris Bunten lured the back-court duo to the North-East in a double swoop.

“Chris came out to visit and ended up recruiting us both. I really wanted to play again after being injured for so long.

“It was the right decision for me, there was a great atmosphere and I really enjoyed my time there.”

Ward may no longer be playing at the highest level within British basketball due to prioritising her career, but she is still producing solid numbers in WNBL Division 1 with Bristol Flyers.

The sharpshooter averaged 13.8 points per game this season having previously helped the club to their first league title, in a successful debut campaign in the South-West.

“Winning the league last year, it was amazing to do that,” reflected Ward. “I feel like this year we were making a run for the playoffs. We had a great group of girls.

However, there’s currently no plan to further diminish her playing time with Ward hoping to continue to take to the court next season.

“I always want to try to find time for it,” she revealed. “Sometimes, I can be snowed under with work but I refuse to PT at the weekends just so I can play in games.

“I had some good games this year that made me feel like there’s a lot left in the tank.

“I’ll keep playing as long as my body allows me to.”

Ward has established a client base in Bristol in the past 20 months or so having set out to hit the ground running upon settling in the area. And, with friends from around the world getting involved in doing her programmes, it serves as a validation.

“When I moved to Bristol, I knew I wanted to be a PT. I’ve worked my way up, building from the start.

“Being your own boss can be challenging. I learnt a lot through basketball and want to become a successful trainer.”

In uncertain times, Ward’s goal could not be clearer with a determination to drive her business forward and explore new ways of reaching out to more people.

“I want to keep growing,” she concludes. “I want to be able to buy my own home with a good source of income.

“The move to online is something I want to make happen. I have a lot of people not from Bristol who are reaching out and wanting to get involved so that would allow me to reach a wider audience.”