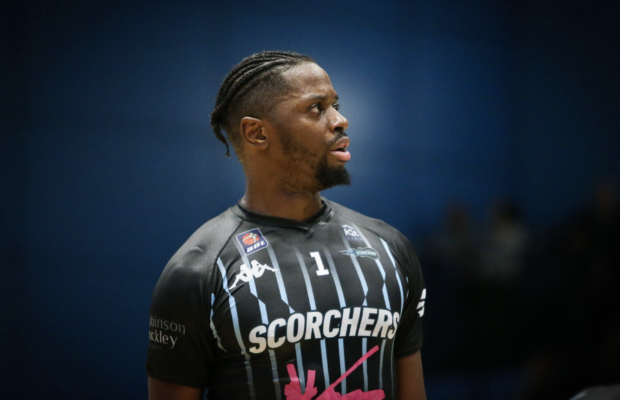 Matthew Bryan-Amaning has signed with Egyptian side Al Zamalek to compete in the inaugural Basketball Africa League – ending his short spell with Surrey Scorchers.

The 31-year-old started the season in Mexico before returning to the BBL with the Scorchers, averaging 17.0 points and 7.6 rebounds per game over five appearances.

“I want to firstly thank the whole Scorchers organisation,” he said via the club statement. “It is by far one of the most professional clubs I’ve been a part of.

“I really enjoyed my time and being part of the team, and I’m sorry I couldn’t help in the month I was here.

“If things can go the right way I definitely can see myself returning to play for him again in a Scorchers jersey in the near future.”

“If things can go the right way I definitely can see myself returning to play for him (Creon) again in a Scorchers jersey in the near future.”

Read @MBALIVE11's farewell message as he heads to the Basketball Africa League!

12 different teams from 12 different African nations will participate in the regular season, tipping off later this month with Al Zamalek representing Egypt. And, Bryan-Amaning revealed the opportunity was one he could not turn down.

“I got the opportunity through Luol Deng, the league ambassador, and Dzaflo Larkai, both former Brixton Topcats players and obviously two big time professionals,” he said.

“The opportunity was one I couldn’t turn down as its in the inaugural season and always good to get in at the beginning.”

The new league is a joint partnership between FIBA and the NBA, tipping off on March 13th.