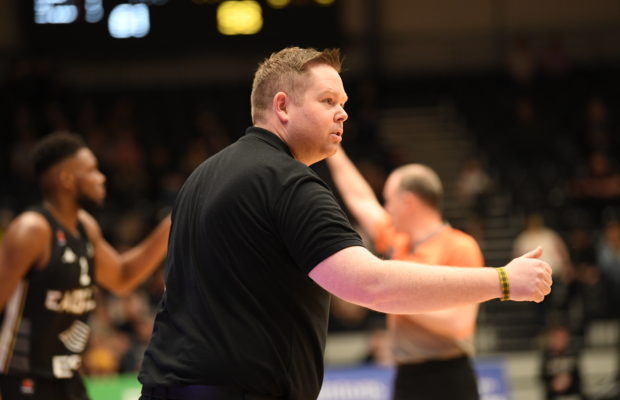 Newcastle Eagles will take on Solent Kestrels in the 2020 BBL Trophy final after coming through a dramatic semi-final encounter.

First-time BBL head coach Ian Macleod saw his side prevail 155-154 on aggregate despite Cheshire Phoenix recording a 67-75 second leg win at the Eagles Community Arena with a 11-0 close to the game.

Another One! @NewcastleEagle organisation has spoiled everyone in the past with regular appearances. However, Finals are Hard to get to!

Congratulations to @CoachMacleod on reaching his first final as man in charge! 🦅 pic.twitter.com/L1wWrwxnsb

The Eagles had set up the tie with a 79-88 first leg win on the road but almost suffered a heart-breaking exit as Parker Jackson-Cartwright’s three-point attempt at the buzzer rimmed out.

Both teams were missing key players for the second leg with two-time BBL Player of the Month CJ Gettys remaining out for the hosts, while there was to be no repeat heroics at the ECA from Ben Mockford as he sat out for Cheshire.

Newcastle have a great track record in the competition, winning the Trophy on six previous occasions with their last triumph coming as part of the clean sweep of the 2014-15 season with Charles Smith taking the MVP award.

Solent were awaiting the winner after booking their spot with a 176-159 aggregate victory over Bristol Flyers having also knocked out current league leaders London Lions in the opening round.

The Trophy final once again takes place at Glasgow’s Emirates Arena with the battle for the title in less than two weeks’ time on Sunday 15 March.