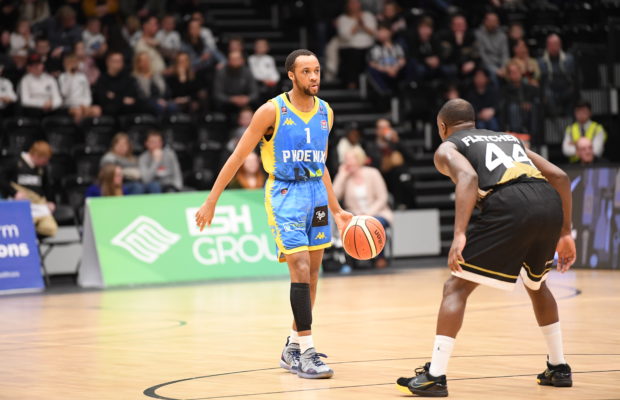 I don’t know about you, but I’m feeling Week 22. March madness is upon us and things are heating up in the races for the league title and the playoffs.

The top three teams in the BBL Championship standings all have three defeats to their name with an exciting finish in store over the next month, while 7th-11th are separated by just two wins.

BIG. Just how big remains to be seen, but the Lions claimed the head-to-head over Leicester with an impressive 99-65 victory on Sunday. They raced out of the blocks and never looked back for a statement win to become the first team to hit double figures in the win column – only seven games remain and their fate is in their hands.

Brandon Peel posted 23 points with Buay Tuach and Ed Lucas netting 19 points apiece in the win. The league leaders head on the road this weekend as they take on a Surrey side struggling to pick up victories of late.

The Rocks move up to second virtue of the Riders’ heavy defeat at the Copper Box, but are right in the thick of the title race with their current 9-3 record. They have momentum on their side and take on Worcester at the Emirates Arena this weekend before a run of three road games to close out the month, which may prove crucial.

Leicester took their winning streak to six straight with an 87-80 victory over Sheffield last Saturday before seeing it end in emphatic fashion as they were beaten by 34 points on the road to title rivals London. Namon Wright had 20 points in their home win with Andy Thomson adding a double-double, but the Riders were outplayed less than 24 hours later.

Rob Paternostro was named BBL Coach of the Month once again for his side’s unbeaten run in February and they now join the Lions and Rocks with three defeats and have three games in hand from the top. Up next, a trip to Bristol as they look to avenge their Trophy exit from the start of 2020.

The Wolves came through a dramatic encounter at home to Bristol as they recorded an 88-85 victory in double overtime in a Cup final repeat. Mark Hughes hit some big shots at the end of both extra periods to help his side take the win having been four down in the final 18 seconds of OT 1.

Hughes finished with 20 points with Julius Van Sauers adding a valuable 15 from the bench as the Wolves maintain their outside hopes of winning the title. This weekend’s fixtures could swing that drastically one way or the other as they visit both Newcastle and Glasgow in a huge double-header.

And breathe. A huge sigh of relief was let out around the Eagles Community Arena (captured perfectly by the 🐐 Mansoor, below) as Newcastle’s place in the Trophy final was confirmed via the narrowest of margins, prevailing 155-154 on aggregate, despite losing the second leg 67-75.

@CheshireNix came within a whisker of making the @BBLofficial Trophy Final but @unrulymino0 three-ball rimmed out giving @NewcastleEagle a narrow one point win on aggregate 155-154. Up next a trip to Glasgow to take on National League powerhouse @SolentKestrels #BritishBasketball pic.twitter.com/nrqvcjJbTh

The Eagles were still without CJ Gettys and Drew Lasker having both also missed their league 91-78 victory over Surrey on the Friday. Mike Morsell led the comeback effort with 22 points having been 14 points down and the Eagles have another home encounter on Friday as they host Worcester before visiting Sheffield 24 hours later.

How can you win two games on a weekend and still end up feeling disappointed? Answer: Winning a second leg on the road by eight points, but losing the semi-final on aggregate despite having a chance to win it at the buzzer. Cheshire could not have come much closer to making the Trophy final as Parker Jackson-Cartwright’s last-gasp effort rimmed out as a late 11-0 run was not enough to advance past Newcastle.

PJC – February’s Player of the Month – also had himself a game on Friday night with 13 of his game-high 29 points in the fourth to guide the Phoenix to a 74-77 victory at Plymouth as they returned to .500 in the league, whilst snapping a losing run in the process. They host Manchester on Sunday in the North-West derby with the chance to close on the top four spots.

A mixed weekend for the Flyers that could easily have seen them come away with two wins from two. Their road game with Worcester went right down to the wire before coming up short in double overtime, but Bristol did bounce back the following night as they recovered from a slow start to see off Manchester 87-71.

Gentrey Thomas had a triple-double in vain on Friday night, while Eric Lockett impressed with his first two performances – scoring 18 in the win on his home debut. The Flyers are back at the SGS on Friday night as they take on Leicester having recorded their first win over the Riders in the BBL when they met in the Trophy first round.

They battled until the very end.

Despite a late rally, Sheffield fell to a seven-point defeat in Leicester last Saturday to drop back down to .500 in the league. Bouna Ndiaye caught fire in the second half, netting a team-high 21 points in total as the visiting Sharks poured in 30 points in the fourth to apply late pressure.

They now sit in a precarious spot in seventh with teams behind them within touching distance, though a string of wins can alternatively see them jump up the standings. A home double-header presents as good an opportunity to do so and they take on Manchester and Newcastle at Ponds Forge this weekend.

It was almost a disastrous weekend for the Raiders as two close finishes almost both went against them. As it was, they bounced back from a home loss to Cheshire to come from behind and beat Manchester 90-96 in overtime on the road to close the gap in the race for the playoffs.

A precious third win was inspired by the trio of Rashad Hassan, Matt Scott and Josh Wilcher combining for 62 points without Ryan Richards and Will Neighbour. And, the Raiders will be keen onlookers this weekend without a game as they return to action at home to Glasgow with the chance of pulling off a league double over the Rocks.

Make that zero wins from their last six in the league for the Scorchers as they were beaten by 13 on the road against Newcastle, despite a promising start. A 31-19 opening period gave renewed hope of a rare road triumph before conceding an equally devastating 30-13 third quarter with Lovell Cook top scoring with 19 points in the loss.

Matthew Bryan-Amaning added 17 points and nine rebounds before his departure was announced with a move to Egyptian side Zamalek for the inaugural BAL (which has since been postponed due to the coronavirus). The Scorchers are back on their home floor on Saturday as they welcome the league-leading Lions.

Bigger steps were made towards that elusive first victory, but not quite the Giants stride. Double-digit leads in both games of their double-header against South-West opposition ultimately ended in defeats as they hit the halfway mark of the league campaign. Manchester were up 13 at home to Plymouth before going down by six in overtime.

Callum Jones finished with 26 points in defeat with brother James Jones adding 22 as both were on court for 43+ minutes in a gruelling effort with multiple chances spurned down the stretch of regulation. A double-header on the road awaits this weekend as they visit Sheffield and Cheshire in two derby clashes.