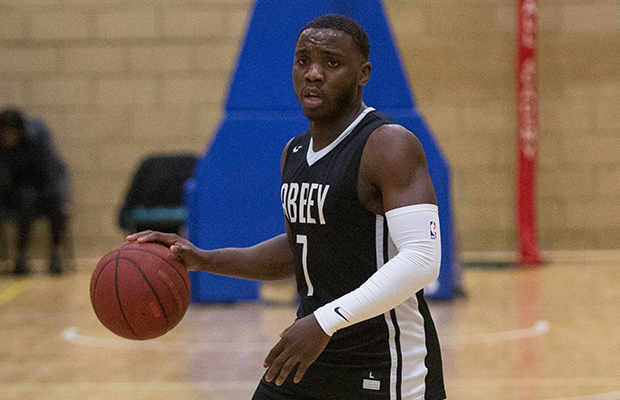 Familiar foes Barking Abbey and Myerscough will meet in the 2020 EABL Final after both advancing out of their Semi-Finals this week and keeping their undefeated seasons alive.

The South and North number one seeds have done what they needed to do to set up a re-match of the 2018 EABL Final, where BA came out on top.

Three-time EABL Champions Barking Abbey rolled past Ipswich Basketball Academy 91-48 after an ankle injury to Ethan Price early in the second half dashed any hopes the Suffolk-based side had, while Myerscough escaped an upset, overturning a 12-point deficit to defeat JMA 82-74 behind 19 points from Lewis McGlasson.

They will meet at Essex Arena on March 18 for Academy Finals Day, which will also see the WEABL and ABL Finals contested.

Myerscough will be seeking vengeance for being knocked out in the semi-finals at the hands of Barking Abbey 63-58 last season, along with their defeat at hands of BA in the 2018 final, where Barking Abbey ran out 96-83 winners.

“We are really looking forward to heading back to the EABL finals,” Myerscough Head Coach Neal Hopkins commented. “It’s the stage we aim for each year and the guys really deserve their spot. The match up between ourselves and Barking is certainly an exciting one, both team will be out to prove a point. It should be a fantastic advertisement for the EABL”

The two sides have a history of competitive post-season games and have both experienced success in the EABL; Myerscough look to win their second ever title, having won in 2015, whilst Barking Abbey book their place in their fourth consecutive EABL Final, gunning for their fourth title since 2014.

“We’re excited to play Myerscough in the final,” BA Head Coach James Vear commented. “It’s the final everyone wanted with an undefeated season on the line.”

However, BA will look to put behind them the memories of last year’s championship game, where they gave up a 31-0 fourth quarter to be stunned by Charnwood.