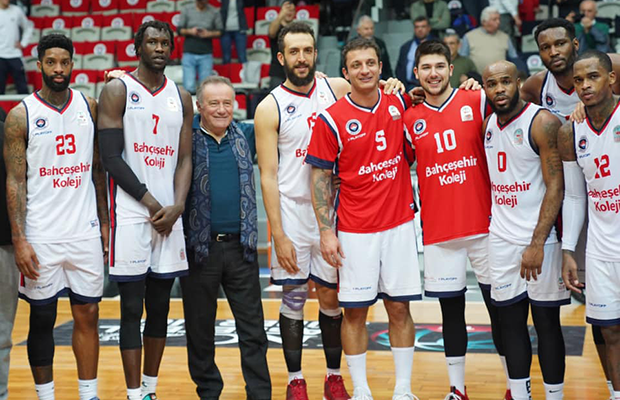 MLA College, a part of the worldwide education firm BAU Global – who have a presence in Plymouth, are now majority shareholders, with Yücel becoming the new Plymouth Raiders Club President, though the day to day operation of the club will largely remain unchanged.

“This is a truly historic moment in the history of the Plymouth Raiders Club, and one that every fan should be incredibly excited by,” Raiders Director, Richard Mollard said.

“Ross and I always knew that to grow this club to where we wanted it to be, which we hope will eventually include owning and playing in our own arena, it would always require additional inward investment, and in our wildest dreams we could not have imagined a better partner to bring on board than BAU Global, or a more dedicated basketball fan than Mr Yücel.”

Yücel – a rumoured billionaire – and BAU Global already own Turkish Superleague side Bahcesehir College, who have also just reached the quarter finals of the FIBA Europe Cup.

“We are delighted to be involved with Plymouth in general and with the Raiders in particular,” Yücel said.

“Through this partnership we will help to encourage participation in sport for all ages and abilities, promote basketball as a great participation activity and also as a family friendly event to attend. We are particularly enthusiastic to encourage the linking of sport and education and of course we want to develop the Raiders into a BBL winning team.”

It is the new ownership that has enabled the signing of former London City Royal Matt Scott and Great Britain international Ryan Richards in the past week.

Enver will be in Plymouth along with delegates from MLA College and BAU Global to attend the sold-out game against the Leicester Riders this Sunday.