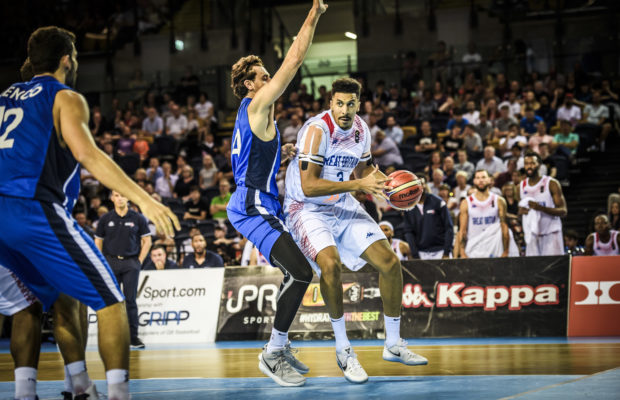 Plymouth Raiders have continued their recent push to change their fortunes in the league by signing GB international Ryan Richards.

Paul James’ side lost their opening six games of the BBL Championship campaign, but having won back-to-back games, the club have made some bold moves in recruiting.

“I’m extremely excited to be in Plymouth, playing with this group of guys,” said Richards. “Having played in Plymouth last year I know how great the fans are and how good the atmosphere is on game days.

“I’m excited to get everything together and challenge for a championship, anything less would be a disappointment in my eyes, and I think we’ve got the talent to do it.

“I’m excited to get to work and happy to be here.”

Will Neighbour re-joined the Raiders after becoming a free agent following the demise of London City Royals and this week has been joined by former team-mate Matt Scott, who had a 42-point outing in the BBL Trophy earlier this season.

With Josh Wilcher and Rashad Hassan returning from spells on the sidelines, the Raiders broke their duck in the league with consecutive wins over Glasgow and Surrey with Richards now joining their charge.

The 28-year-old played four games for the Scorchers in his second short-term spell with the club before signing in Iran, averaging 10.8 points and 4.8 rebounds per game for Gorgan.

Richards is set to make his debut for Plymouth as they take on Worcester Wolves on Friday.