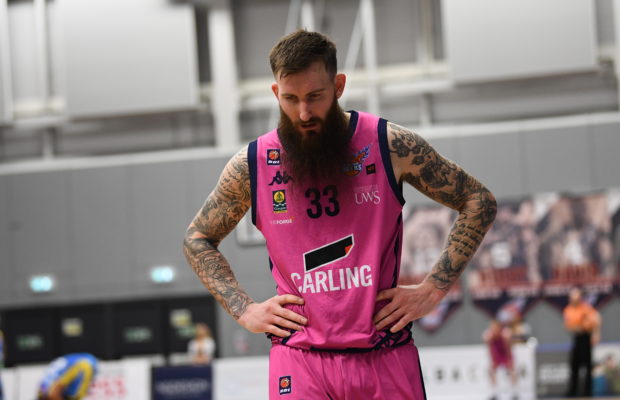 We’ve now hit Week 20 of our Power Rankings and the 2019-20 BBL season is not getting any easier to predict.

The league standings look extremely close with ninth placed Bristol Flyers only a loss behind the leaders London Lions, while Plymouth Raiders, in 10th, are making moves with more new additions this week.

The Lions followed up a defeat in Leicester with another loss on the road against Newcastle, but they hold onto top spot in the league – and our rankings – after beating Cheshire at the Copper Box on Wednesday. With Ogo Adegboye pursuing opportunities in Italy, the club moved to bring in former Royals guard Ed Lucas.

Ovie Soko poured in 33 points during the 11-point defeat to the Eagles before adding 16 in the 94-78 midweek success as Justin Robinson top scored with 19 points as the Lions moved to 8-3. They’re back on the road to face a wounded Bristol side on Friday in their last action of the month.

It’s now three straight wins for the Riders and they sit evenly poised with the fewest defeats in the league, though they have also played five games fewer than the Lions. They were made to work for their latest triumph, being pushed all the way before prevailing 96-99 in Surrey as Corey Johnson fired in 10 threes for his 32 points.

Namon Wright netted the go-ahead long-range two before an inbounds turnover led to Jordan Spencer icing the win from the line. Next up, they take a long-running win streak against Plymouth into their trip to Devon.

Glasgow’s eighth consecutive home game could not have gone much better as they emphatically brushed aside Bristol 94-55 to temporarily join the Lions at the top of the league table. Greg Pryor led a trio of players with 17 points, adding five rebounds, seven assists and three steals as the Rocks made their mark.

Seven wins from their opening 10 fixtures as they hit the halfway stage. Their home stretch ends with a double-header on the road this weekend as they take on Surrey and Cheshire with the chance to at least go back level at the top.

I’ve wanted to put Newcastle higher since the league season began, but the odd result has just tripped them up. CJ Gettys has landed another Player of the Month award, Will Saunders has signed from London City Royals and Rodney Glasgow was finally cleared to play after a lengthy delay.

The Eagles signalled their intent by beating London 108-97 at the ECA with Gettys dropping another 30-point game while Rahmon Fletcher handed out 12 assists. The American then top scored with 23 points in a 79-88 success at Cheshire to take control of the Trophy semi-final. A big league clash at Leicester awaits Friday.

February did not begin as well as January ended for the Wolves as they fell to a seven-point loss away at Sheffield on Friday night. They remain in the top four of the league standings despite the defeat with Jordan Williams leading the resistance with 15 points, while Cortez Edwards had an 8-10-7 stat-line.

Worcester host Plymouth on Friday night with the aim of returning to winning ways in the first part of their home double-header against South West opposition to round out the month’s action.

It’s easy to over-react to a heavy defeat, but it’s even easier when that becomes two on the bounce whilst your star player has been ruled out for the rest of the season. At least the latest designs for the new arena provided some positivity following a tough week.

The Flyers were comfortably beaten by 39 points away at Glasgow last Friday before seeing their hopes of making it back to the Emirates Arena for the Trophy final all but crushed in a 103-67 loss to NBL D1 leaders Solent Kestrels. They host the Lions on Friday night before Sunday’s second leg and the need to replace Fred Thomas is paramount.

The Sharks’ 4-4 record is a fair reflection of their league campaign so far having seen their form cool off since a blistering Cup run in the group phases. Sheffield levelled up their record with a 76-69 victory over the Cup champs Worcester with Nick Lewis leading the way with a 20-point haul.

They still have games in hand over teams above them in the standings as a good run could see them amongst the top four, whilst consecutive defeats could see them battling for the post-season – such is the tightness of the standings. They face Manchester on the road on Sunday with a win pushing them above .500.

It never feels right dropping Cheshire in the rankings, just because it almost feels inevitable that they will respond with a big win over one of the top sides. However, they are up against it in the Trophy semi-finals after losing the first leg by nine points against Newcastle.

Ben Mockford netted 24 points in the home loss with the second leg scheduled for the start of March. The absence of Parker Jackson-Cartwright was felt in Wednesday’s defeat to London with Cheshire unable to recover from a slow start and are now back at .500 in the league and on the season. They host Glasgow on Sunday.

Plymouth have certainly made the league take notice with their off-court moves this past week. If we thought getting Josh Wilcher and Rashad Hassan back was pivotal, then how about adding Matt Scott and Ryan Richards to the recent arrival of Will Neighbour? That’s a lot of talent at their disposal.

On the court, they made it two wins in a row as they looked convincing in a 111-82 victory over Surrey as Hassan put up 26 points and 13 rebounds. They only climb the one spot in our rankings but they could become genuine contenders if their new arrivals click. A trip to Worcester followed by welcoming Leicester sets up an intriguing weekend as they aim to build on their momentum.

We promised you more 🚨BREAKING NEWS🚨, well here you go!!!

Ryan Richards is a RAIDER!!!

The Scorchers have now passed the halfway mark in their league campaign and the losses are starting to grow. Creon Raftopoulos’ side are crying out for a win away from home as their road troubles continued in a 29-point defeat in Plymouth.

An improved showing came less than 24 hours later at Surrey Sports Park as they pushed Leicester all the way before suffering a narrow 96-99 loss, despite 27 points from Lovell Cook. Surrey are back at home this weekend to take on Glasgow in their final game before the international break.

Yes, the Giants are still in the league and they finally make their return to action on Sunday as they take on Sheffield in a battle of the Roses. With teams getting stronger around them, it only makes things that more difficult for Danny Byrne, though the lengthy break could also work wonders.