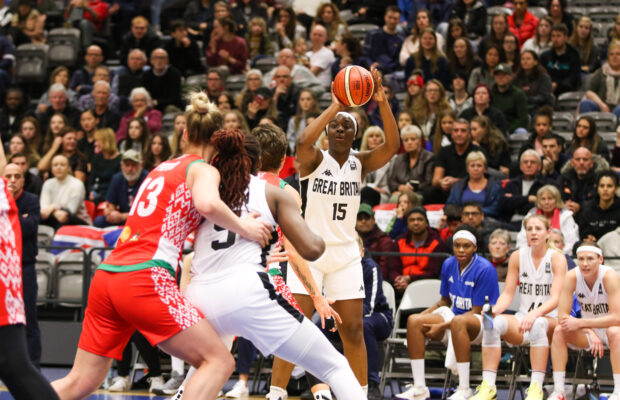 GB Senior Women step up their preparations for February’s Olympic Qualifying Tournament with an initial squad of 14 confirmed.

The tournament – now taking place in Belgrade after the move from Foshan – begins next week with GB set to face China, Korea and Spain over four days.

GB finished their historic EuroBasket 2019 campaign in the Serbian capital with Stef Collins the only absentee from that 12-player squad, due to injury.

London-born Kristine Anigwe is the newcomer to the squad with the Dallas Wings forward/centre opting to represnt GB at senior level having won gold with USA’s Under-17s and Under-19s.

Chantel Charles remains part of the squad having made her debut during the first window of EuroBasket Women 2021 qualifiers – along with Nicolette Fong Lyew Quee of Durham Palatinates, who finished runner-up to Sevenoaks Suns in the WBBL Cup final as Janice Monakana claimed the MVP award.