Kentucky and Michigan to Meet at London's O2 Arena in 2020 - Hoopsfix.com 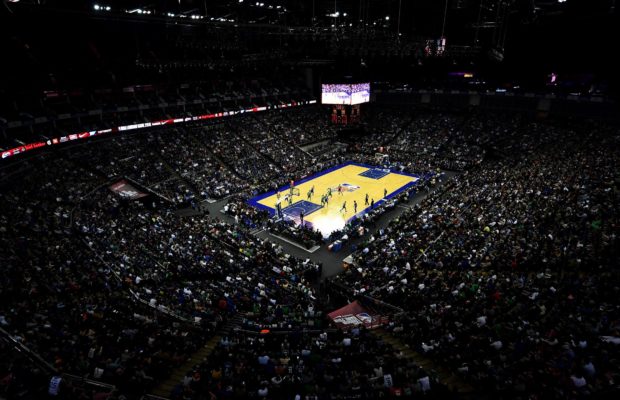 London’s O2 Arena will play host to a clash between two NCAA Division 1 powerhouses in December 2020, it has been announced.

With the annual NBA regular season game no longer held in London after the switch to Paris, the iconic venue will instead kick off a three-year series between Kentucky and Michigan.

A Battle of the Blue Trilogy begins next December in London and continues the following two years on this side of The Pond.
🔗 https://t.co/KyzWXBQxnG #BBN #TGT pic.twitter.com/MbRrFcFxC9

“This series with Michigan checks off a lot of boxes when we’re looking at teams to schedule,” UK head coach John Calipari said via the team’s official website. “The first thing is, to add an opponent like Michigan and to do so at a point in the schedule where we’re beginning to find out who we are as a team will be important in our development.

“And then to be able to do something different – to be first, which our fans know we love to do – and play this first game is London will be an unforgettable experience for our players and for our fans. I imagine the home-and-home games the following seasons will be as good as any non-conference games in the country.”

The exact date is yet to be confirmed with the event also featuring Dan Akin and RJ Eytle Rock’s UMBC side facing Marist according to Jon Rothstein of the New York Times.

UPDATE: The date has been confirmed as Sunday 6 December, 2020. UMBC take on Marist at 3pm UK time followed by Kentucky against Michigan at 6pm. Tickets go on general sale on Thursday 27 February, 2020.