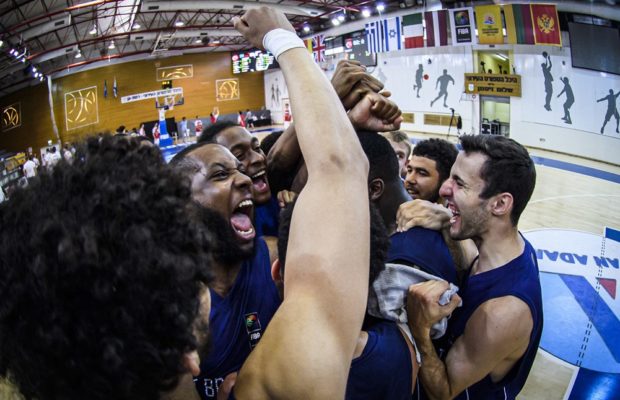 Two of Great Britain’s junior sides will compete in Division A again next summer with the 2020 European Championship draws conducted on Tuesday morning.

GB Under-20s head to Klaipeda, Lithuania from 11-19 July and will take on Slovenia, Belgium and Italy for their latest top-flight venture.

They reached the quarter-finals in 2019 before finishing in 8th place having stunned Serbia in the Round of 16.

When the opposition tries to inbound it off your teammates back so you teach them a lesson 😂 @half_krazy takes NO prisoners for the GB U20s as they upset Serbia to advance to the Quarter-Finals of #FIBAU20Europe! 🇬🇧🏀💪 pic.twitter.com/RNvdEOdHa4

GB Under-18s also reached the last eight in 2019 to retain their Division A status and they will come up against France and Germany again as well as Israel in Bursa of Turkey next summer with the tournament running from 25 July – 2 August.

The final moments as GB U18s take 7th – their best ever finish – at #FIBAU18Europe 🎉🇬🇧🏀 pic.twitter.com/H08zH5RxlH

As for GB’s Under-16 side, they will be looking to secure promotion from Division B with Sweden, Estonia, Norway, Belarus and Iceland drawn alongside them in the group phase.

The tournament takes place in Sofia, Bulgaria from 13-22 August with the top three sides climbing up to the top-flight.