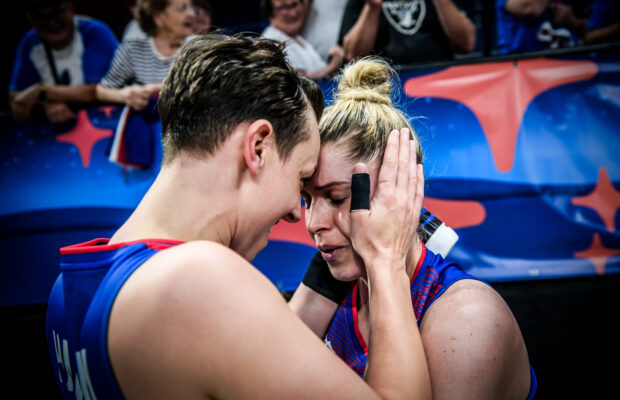 Following their fourth place finish at EuroBasket Women this summer, the GB Senior Women have broken into the world’s top-20 of the FIBA World Rankings for the first time.

GB have jumped to 19th from 25th in the FIBA rankings and 11th in Europe; both are programme highs.

The update comes as FIBA updates their ranking system, moving from a competition-based system to a game-based one.

The new ranking is based on results of games ranging from regional pre-qualifiers all the way to the FIBA Women’s Basketball World Cup Final, including the Olympics as well as FIBA Continental Cups. The previous ranking was purely competition-based and only considered the final standings of tournaments.

BBF chairman Maurice Watkins said: “Brilliant! This is testament to the hard work, determination and skill of Chema and his team.

“The players put on a superb show in the summer and we are hoping to see the same again in the upcoming games. Congratulations everyone.”

GB face Poland (away) on November 14 and Belarus in Manchester on November 17 (tickets here), before going into February’s qualification tournament for the 2020 Tokyo Olympic Games.