Holly Winterburn Plays in Front of 11,000 as Oregon Stun US National Team - Hoopsfix.com

Holly Winterburn Plays in Front of 11,000 as Oregon Stun US National Team 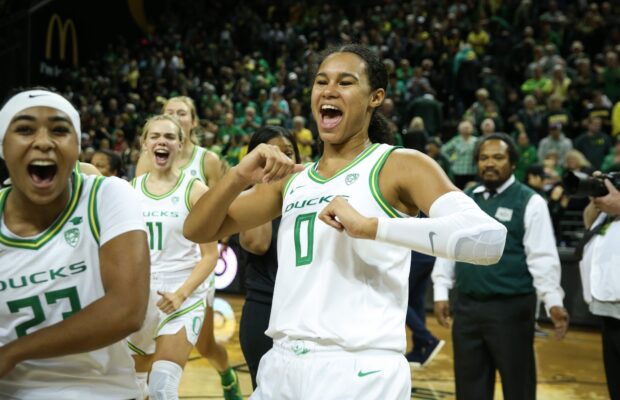 Holly Winterburn was part of a historic night for Oregon as they took down USA’s Senior Women in an incredible 93-86 victory.

The No.1 ranked college team produced an inspired display with a crowd of 11,530 at the Matthew Knight Arena spurring them on.

Winterburn played 13+ minutes in the contest against some of the world’s greatest including the likes of Diana Taurasi and Sue Bird.

The 19-year-old – who showcased her star potential as MVP in the inaugural Under-19 Women’s game at the Hoopsfix All-Star Classic in June – connected with her only 3-point attempt in the win.

Sabrina Ionescu dropped 30 for the Ducks with Satou Sabally adding 25 points as they became the first college side to beat the US National team for 20 years.

Winterburn and Oregon open their 2019-20 season against Northeastern at home on Monday before facing Utah on the road two days later.

Our full Brits in College list is coming soon.