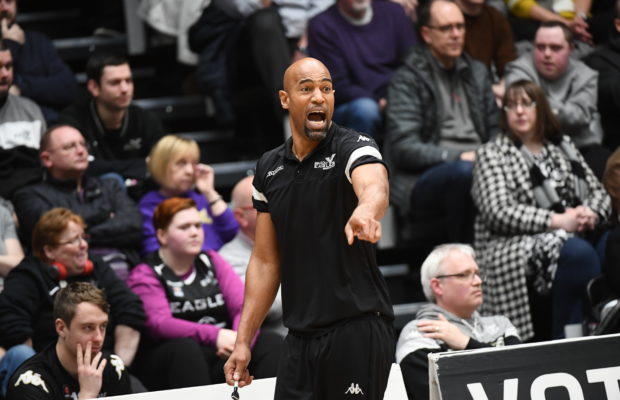 Newcastle Eagles have confirmed that club legend Fab Flournoy will leave to re-unite with Nick Nurse as an assistant coach at Toronto Raptors.

The move has been rumoured since Nurse – a former BBL coach of the year and GB’s assistant at the 2012 Olympics – took over as the Raptors’ head coach at the start of last season before going on to become an NBA champion.

Flournoy first joined the BBL in 1996 with spells at Birmingham Bullets and Sheffield Sharks before moving to Newcastle in 2001; taking over as player-coach for the first time two years later.

The New York native led the club to 24 pieces of silverware making the Eagles the most successful in the BBL, and was awarded an MBE in 2017 for services to basketball and the community in the North-East.

“I knew this day would come at some point,” said Flournoy. “I loved leading the team out at the new Community Arena earlier this year – it was such a proud moment for me and Paul. And in that respect I felt we were only just getting started.

“But, this unbelievable opportunity has come out of the blue and when I talked to Paul about the chance to move to the NBA he told me to grab it with both hands.

“I won’t deny I shed a few tears and I still don’t think it’s sunk in. I have spent the last 18 years living and breathing Newcastle Eagles and it’s been an absolute joy.

“I have worked with so many unbelievably committed and talented players, staff, volunteers and sponsors and been fortunate enough to be adopted by the people of the North East as one of their own.

“It’s been my home for so long now and always will be. But nothing lasts forever and this is the right move at the right time.”