Cal Poly Land in UK to Prepare for Tour & Exhibitions 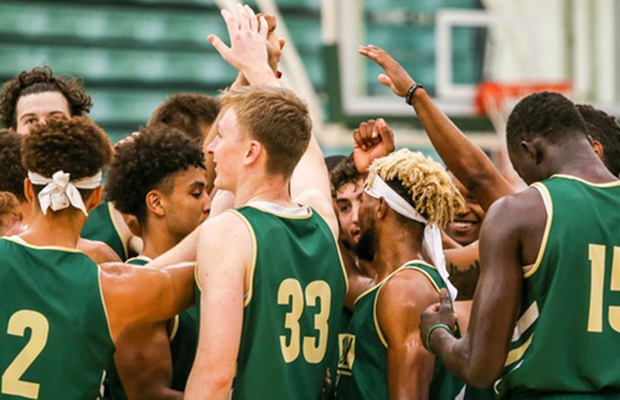 NCAA Division 1 school Cal Poly Mustangs have arrived in the UK as they prepare for an exhibition tour taking on BBL and NBL clubs from September 1-9.

NCAA programs are allowed one foreign tour every four years allowing programs 10 practice sessions prior to departure to get a head start on the season. The Mustangs will take on BBL League and Cup champions London Lions at the Copperbox, the Surrey Scorchers at Surrey Sports Park, along with NBL Division 1 League and Playoff Champions Solent Kestrels, plus Barking Abbey academy as part of the tour, organised by BTM Basketball – a company co-founded by Worthing Thunder guard Tom Ward.

After a 9-hour flight, the Mustangs have arrived in London. Game No. 1 of our tour on Tuesday, Sept. 3 versus the @surreyscorchers of the British Basketball League. 11 a.m. tip back in California. Follow @calpolymbb for game updates. pic.twitter.com/GTMeo46Y8x

“The extra 10 days of full practice, as we gear toward our foreign tour, will definitely help us fine tune some aspects of our offensive and defensive schemes,” said Cal Poly Head Coach John Smith ahead of the trip, which was funded 100 percent from program donors. “I’ve been very impressed with how well our players have picked up a new system in such a short period of time. In the last two weeks, we’ve been able to add a hefty portion to both our offensive and defensive identity.”

Outside of basketball, the Cal Poly group will enjoy cultural and leisure experiences in both London and Brighton.

Cal Poly’s four games will also give them a chance to get used to the FIBA rules, including shot clock time (24 seconds with a 14-second reset following an offensive rebound, compared to the NCAA’s 30-second shot clock), game duration (four 10-minute periods instead of two 20-minute halves) and the ability to swat or tap a ball after it has contacted the rim (a goaltending violation in the NCAA). During the offseason, the NCAA changed the men’s three-point distance to 22 feet, 1 3/4 inches, the same depth as FIBA.