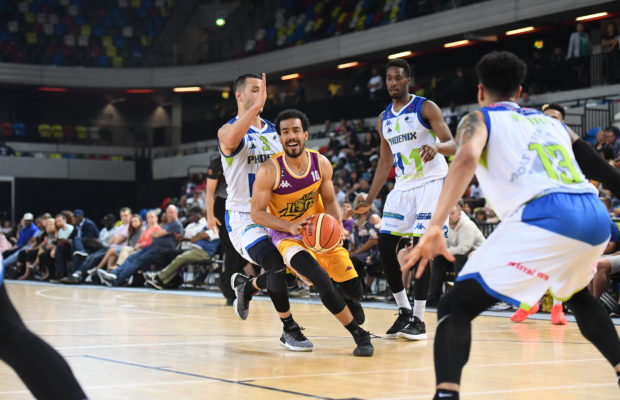 Justin Robinson will head back to London Lions for a third successive season having been named the BBL league MVP two years running, the club has confirmed.

The experienced guard led the Lions to a historic BBL Championship title triumph having also enjoyed success in the BBL Cup earlier in the season.

Robinson averaged 19.2 points – second highest scorer in the league – along with 4.9 assists in 31 appearances with his influence on the Lions recognised by the league’s coaches in voting him back-to-back MVP.

“I am very positive and excited about returning for a third year,” said Robinson in the official release. “The past two seasons have been a success, hopefully we can continue to build and win a few more trophies.

“I am thankful to the organisation and the coaching staff for having me back, I am ready to go to work.”

Head coach Vince Macaulay added: “Justin is integral to the success of our club – he is so important to the culture we have established, he carries himself the right way and young people see a lot of themselves in him and recognise there is a path for them doing things the right way.

“That is before you talk about Robinson on the floor, a consummate leader and excellent in all aspects of the game.”

The Lions will face European opposition in the form of Danish champions Bakken Bears in pre-season as well as going up against Cal Poly as part of the NCAA school’s UK tour.