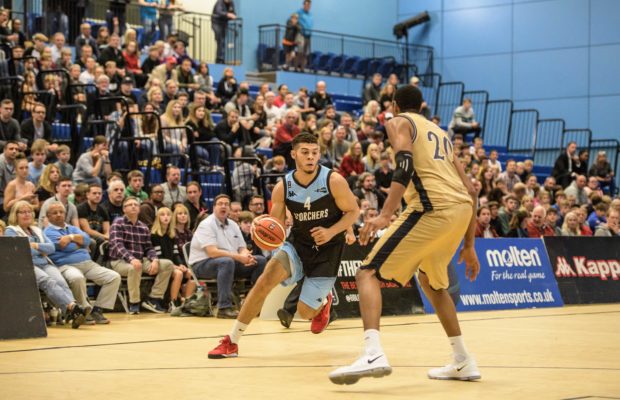 Jordan Williams has become the latest confirmed signing for Worcester Wolves as Matt Newby assembles a new-look roster for the 2019-20 season.

The 23-year-old forward joins a number of British talent on the team with Kofi Josephs, Raheem May-Thompson and Kyle Carey all signed up as the club adopts a different approach.

“It will be a good opportunity to start afresh with a new team,” he told Hoopsfix at DENG Camp. “A new coach, a new system and coming back to the BBL, it’s different from Surrey, but a new opportunity.

“With some young guys on the team, we will have energy and hopefully can do something good. Playoffs are definitely the main goal.”

Williams has lots of BBL experience with Surrey Scorchers, and was named MVP after leading his side to the title at the 2018 edition of the British Basketball All-Stars Championship at the Copper Box Arena.

However, the former GB Under-20 left the Scorchers in November to head overseas and finished last season in Germany with third division side Giessen 46ers II – averaging 9.1 points and 4.7 rebounds per game in 18 appearances.

Worcester finished second bottom in the BBL last season with a 6-27 record having also been involved in the highest scoring game in league history as they beat Surrey Scorchers 152-150 in quadruple overtime.

For all the ins and outs of the 2019-20 BBL season, check out our roster tracker HERE.