Chema Buceta: Let's keep together with our 'Positive Glasses' - Hoopsfix.com

Chema Buceta: Let’s keep together with our ‘Positive Glasses’ 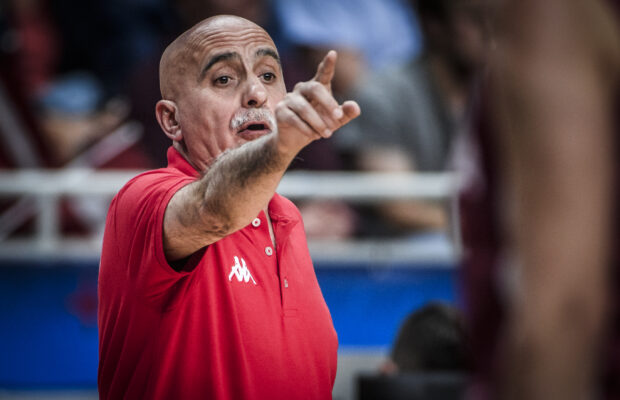 British Basketball has been enjoying some great results on the court this summer, sparked by the historic run from the GB Senior Women at EuroBasket.

And, head coach Chema Buceta put together his thoughts on the journey so far and the factors behind the success in a compelling read.

After the silver medal in women’s basketball achieved by England at the Commonwealth Games last year in Australia, the challenge for the GB Women’s National Team was, first, to qualify for the final phase of EuroBasket 2019 — and eventually, if managed the qualification, to compete at that final phase; game by game, at the highest level possible to be able to achieve a good result.

In November 2018, the team accomplished the first of these goals by beating Greece – one of the best teams in Europe – and also Portugal; ending first in our qualifying group. The journey to qualification was hard. Before these games, we beat Israel twice: at home by three in overtime and away by two; beat Portugal away after being behind until almost the end of the game and also lost away against Greece just by two.

I want to remind of this, because now, after the recent success being fourth at EuroBasket, we should not forget how hard it was to get there and how important it was to be humble, to work wise, to understand the meaning and strength of our ‘positive glasses’, to have a generous team mentality and to show mutual trust and support. These were key weapons that significantly helped to strengthen team self-confidence, to achieve the qualification and, later, to perform at a high level during EuroBasket.

It is very important to always have this in mind when we face future top challenges. Also, a very relevant aspect was ambition. Without thinking big it is very difficult to achieve big, and these outstanding players who conquered the fourth place at EuroBasket believed that a big result was possible. Thinking big is not dreaming fantasies, but having your feet on the ground and, from that solid base, leaving the comfort zone to fight for an ambitious, always realistic, goal. And then, focus on things that depend on us — on our own performance, things we can do to improve and be able
to play at a higher level. Of course, a significant key is to trust what we do. Our ‘positive glasses’ do not mean to have blind faith, but rather the opposite: to see better, to be aware and highlight what we do well, to rely on our strengths, to focus on things we can do to succeed, to change things that are possible in a constructive way, to always focus on the priorities, to accept mistakes as a part of the process and to take them constructively to grow.

In November 2016, after not qualifying in the previous campaign (against Italy and Montenegro) we arrived at the conclusion that we needed to do something different if we wanted to have a different result. And so, we developed a demanding and risky defence in which the team has finally believed. It was clear that playing conservative defence that our chances to win against powerful teams would be low, and (this is ambition) it has been amazing how our players assumed, developed and performed this defence. Understanding that defensive effort is not one against one (guarding my
single opponent, so she does not score), but five against five, where pressing the ball, switching, helping, rotating and box-out responsibilities, as well as constructive communication, are key. This defence was a significant element in all games of EuroBasket. Before, some players even had the label of being ‘bad or weak defenders’. During this EuroBasket they – as a whole team – proved how good defenders they can be if they believe in themselves and work wise to improve as a team. Awesome!

The successful experience of this EuroBasket should highlight important lessons that I am sure many basketball people in UK have observed or will observe. Here, I will mention just three.

One: the importance of being focused and supporting each other, especially when the situation in the game is more difficult. We won four games, and in all of them we had very difficult moments. In these moments the team was especially focused and supportive. Also, although we lost, we were very close to Spain and France because we kept our focus and being supportive when the highest difficulties appeared.

Two: the importance of every player understanding her role in the team and being proud of helping the team from that role. This also includes players who participated in previous camps and qualification games but did not make the final team. There is not a small role in a team. All are important, and only outstanding people – as these players are – are able to understand this and perform well doing whatever the team needs. This is great team mentality. Chapeau!!!

Three: the importance of empowering players instead of pretending them to play as robots. Of course, there must be a pattern of play for the team and certain team discipline, but at the end players are the ones who have to make the final decisions on the court. This involves accepting mistakes as a part of the game process. The one who never fails when she shoots is the one who never shoots. We coaches, have to encourage players to shoot or drive inside when they have advantage to do it, assuming that they will not score every time. I have seen young players looking, as a priority, to pass the ball when they have advantage to try to score, and this is something that limits the potential of the team. I was happy to see in this EuroBasket that our players, mostly, played with courage and confidence to try, instead of with the fear to fail. The GB Women’s National Team has achieved a very successful result at the last EuroBasket, and this has to be an inspiring incentive for all players and all people involved in basketball in UK, but this does not reflect the situation of basketball in the country.

Many things have to be improved in terms of organisation, mentality, coaching and dedication to move and stay up. There is not reason why British basketball cannot be among the best basketball countries in Europe (in fact, there is a great potential to do it), but to achieve that, will, thinking big, proper resources, appropriate action and long-term commitment are a must.

Elite sport is very dynamic, and soon after a battle there are new challenges. Top players and teams move quickly from challenge to challenge, and this is our case now. The most important one for the coming season, gained at EuroBasket, is the Pre-Olympic tournament, and eventually, if we are able to qualify, the Olympic Games; but we also have to face the new campaign for next EuroBasket, since the first games, against Poland and Belarus, will take place next November. These games will be important for two reasons:

One: the own qualification for next EuroBasket.
Two: the preparation for the Pre-Olympic tournament, since, due to the calendar (will take place in February, in the middle of the club season), we will not have specific preparation games, and so, these games against Poland and Belarus will be the only ones to get ready for Pre-Olympic.

The fourth place at EuroBasket has been a milestone, but now is time to look ahead and keep being ambitious to face the next challenges with the aim of achieving higher goals.

I wish to thank our players their outstanding commitment, courage, generosity and wise effort. They have achieved something very big and, with no doubt, they are role models for the younger generations. It has been a pleasure and an honour to coach them and enjoy working with these extraordinary women.

Thank you as well to all members of the staff involved before and during EuroBasket. Their contribution was amazing, a significant key to the successful functioning of the team. Also, I wish to thank our friends from the media and social networks who have followed the team all this time facilitating news and photos that helped to spread that the team existed and succeeded.

Finally, thank you so much for the fabulous support that we got from many people who cared for the team. Some of them were present in Latvia and Serbia; and others followed us through TV or the internet. I could feel how all of them were with us, living the competition in ‘first person’, sharing our suffering and joy, being proud of what the team did.

The journey continues. Let’s keep together with our ‘positive glasses’ to reach the next stage.