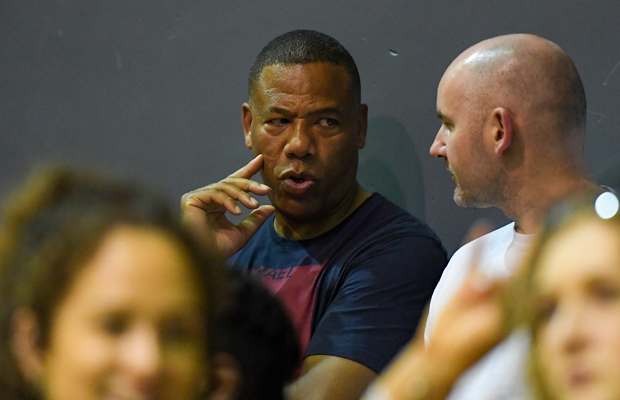 Karl Brown has made a return to the national team programme after being named the new head coach of the Great Britain Under-20s programme for their Division A campaign this summer.

The Leicester Warriors NBL Division 1 Head Coach was last involved with the England Under-18s as Head Coach in 2014 and 15, along with assisting Steve Bucknall with the U18 team that got promoted to Division A in 2012, and completed their tied best ever finish in 2013 with ninth place.

He will be assisted by Myerscough’s Neal Hopkins, and Obradoiro’s Dan Petts, as the team will be competing in Division A in Israel, drawn in Group A with France, Montenegro and Turkey. Both Brown and Hopkins were in attendance at the 2019 Hoopsfix All-Star Classic earlier this month, surveying the talent for potential inclusion in the squad.

The Under-20 Men begin their Division A FIBA U20 European Championships preparations with training camp at the National Basketball Performance Centre, Manchester (NBPC) in late June before travelling to Italy July 1st a practice tournament. The tournament will then run from July 4th-6th with the squad returning to Manchester on Saturday 7th.

On returning to Manchester, the men will go straight into a short 3 days of training before jumping back on the plane and heading to Israel for the tournament starting July 11th.