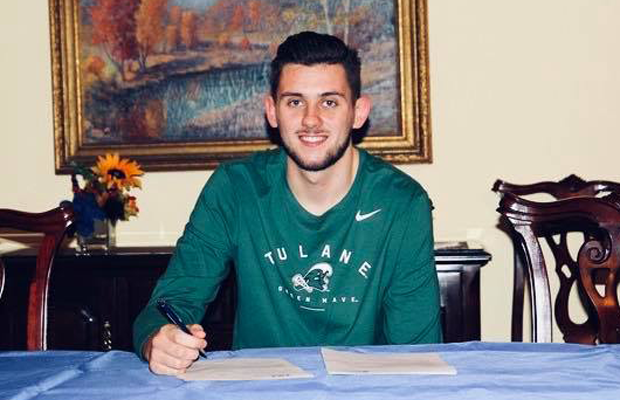 In the midst of his Sophomore year at Missouri State University-West Plains after transferring from Otero Junior College, the 6’10” big man is looking forward to making the step up to Division 1.

“Both times I visited Tulane, I really fell in love with the atmosphere, staff, and team,” Langton told Hoopsfix.

“I like pushing myself outside my comfort zone and learning new skills that can not only benefit me, but my team as well and I think Tulane is really going to help me with this. Coach Mike Dunleavy has had a career in the NBA as both a player and a coach over the course of 12 years and he is a really knowledgeable guy when it comes to basketball. I’m really excited to see what kind of growth I can get while being there, both as a person and a player.”

Exited for the next chapter📚🙏🏻🏀 pic.twitter.com/J65bXhgwJN

Langton has represented England at both Under-16 and Under-18 level, before making the step up to the GB Under-20s in 2017.

And looking ahead to this season with West Plains, the 20-year old added:

“Since being at west plains, I can already see some athletic differences. Thanks to Coach Popp, I’m extremely conditioned and mentally prepared to handle the next level. Coach Popp and Coach Moses have pushed me everyday in practice, this has definitely helped me become a better teammate and player.

“They’re constantly helping me put in extra time in the gym, even if it’s just to get a few more shots up. I am excited to see myself and everyone on the team put continue to put in the hard work and do whatever it takes to take West Plains basketball to the NJCAA tournament.”