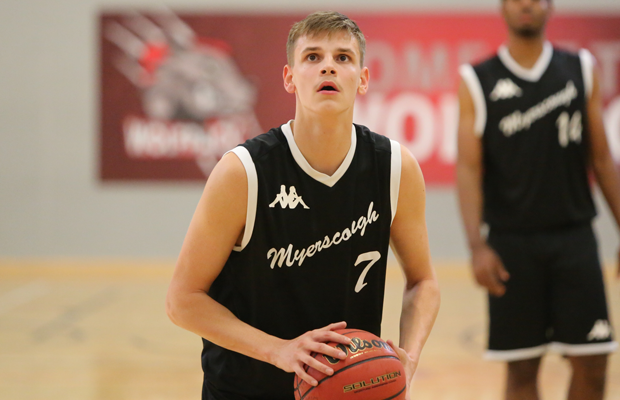 Great Britain Under-18 and Myerscough College guard Mate Okros has signed to NCAA Division 1 school Drexel University for the 2019-20 season.

The 2001 born 6’5″ guard is widely considered the top ranked British prospect in the Class of 2019, finishing number one at Deng Camp in August, after representing at the Hoopsfix All-Star Classic this summer, and also captained the GB Under-16s last year.

I’m Excited to announce that I have committed to Drexel University!!
I want to thank everyone who supported me up to this point and I can’t wait to start this new chapter. #GoDragons @DrexelMBB @DrexelUniv pic.twitter.com/azXEuziPBA

“You want to go to a college where you know you’re going to improve and develop — and also where you’ll enjoy the four years — and to make the best decision,” said Okros.

“The coaching staff showed that they were really interested and care about me and going over there it was amazing to see the facilities they have to offer and they’re in the process of building a team to compete in the conference and I want to be part of that.”

He has had a strong start to the season, representing Myerscough in NBL Division 2, the EABL and the EYBL.

“It was a long process with Mate and everyone is delighted with the outcome,” Myerscough Head Coach Neal Hopkins commented.

“Drexel is a programme heading in the right direction and Mate is joining great people, he will have a real chance to make his mark at Drexel, I’m sure he will have a fantastic 4 years.”

Okros picked the Dragons over UTSA after receiving considerable interest from a number of different NCAA Division I institutions. He visited both programmes at the start of November.