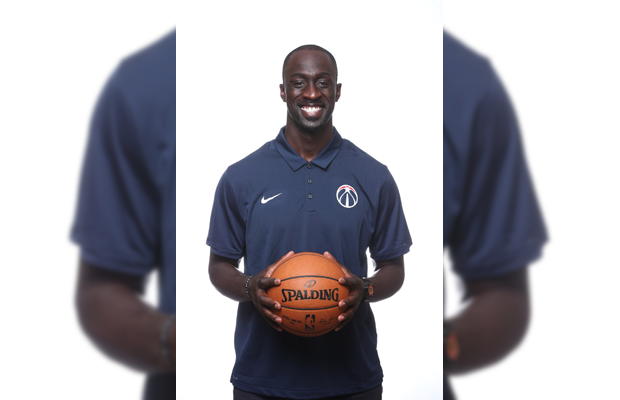 Mensah-Bonsu, one of the most successful players to ever come out of the UK, has spent the last two seasons as a pro personnel scout with the San Antonio Spurs, originally working as a regional representative and international liasion for the NBA Players Association following his retirement in 2015.

The London 2012 Olympian returns to Washington, D.C., where he played four years at George Washington University and led the Colonials to two NCAA Tournament appearances.

“I am humbled to be entrusted with this position and would like to thank the Wizards organisation for the opportunity,” said Mensah-Bonsu.

“Washington is my second home and the city has embraced me ever since I stepped on the George Washington campus. I am excited to be able to give back by making sure that the Go-Go is a pillar in the community and a team that the city can get behind.”

.@Pops Mensah-Bonsu on what he hopes to build in D.C., his unique perspective on the G League as a former player, and more. pic.twitter.com/TkCqfBKS4M

After going undrafted in the 2006 NBA Draft, Mensah-Bonsu signed with the Dallas Mavericks, spending the majority of the season with the Fort Wayne Flyers of the then-NBA Development League. Mensah-Bonsu played four years in the NBA with Dallas, San Antonio, Toronto, Houston and New Orleans while also spending time in the NBA D League and overseas before retiring in 2015.

“We are very excited for the upcoming inaugural season for the Go-Go and are very pleased to have Pops and Jarell heading up the team’s basketball operations,” said Grunfeld. “They come to us with outstanding experience and we’re confident that they will lead our efforts to develop both players and staff while establishing a presence in the Southeast D.C. community”