Luol Deng & Pops Mensah-Bonsu both open to investing in pro franchise in the UK - Hoopsfix.com 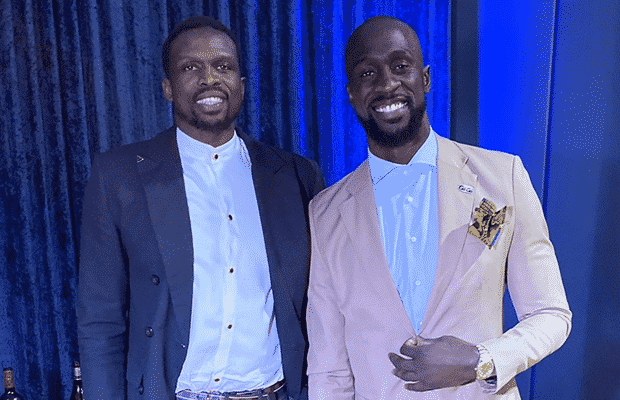 Luol Deng and Pops Mensah-Bonsu have said they would both be open to investing in a professional franchise in the UK, but only on the condition they could have input on how the league is run – a given, with how the league is structured.

In the final episode of their Instagram live series aired on Wednesday, the two GB stars who had lengthy professional careers revealed a willingness to be involved in the running of a BBL club but would want a change in how the league is currently being operated.

🗣 “Yes, I would. I definitely would but I would only invest if I’m allowed to be in the process of talking with the league in what I believe how the league should be run."

– @LuolDeng9 on whether he would invest in a team in the UK.

“Yes, I would,” Deng said without hesitation when asked if he would invest in a team in the UK. “I definitely would but I would only invest if I’m allowed to be in the process of talking with the league in what I believe how the league should be run.

“I think that the league in the UK could be so much better but they have to understand how to make it successful. Back in the day, when you had Birmingham, you had Manchester, teams from Newcastle, you had teams that we actually knew when we were younger, that was when the BBL was at peak.

“But why was it successful, how can we go back, how can we get the communities involved into going into games. I would definitely invest, but I have to have more than just putting a team in (it) because right now, it’s not working. The way it’s being run is not working.”

Should they both ever end up investing in a BBL club, they would get their wish in having an input on league operations – all BBL franchises are equal shareholders in the league itself and therefore the only decision makers, meeting twice a year to discuss and vote on key decisions.

However, there is a management board, made up of an independent chairman and non-executive directors, plus a minority of BBL club directors, meaning Luol and/or Pops could be included should they own a franchise, though irrespective of that, it is again the clubs who control who is on that board.

🗣 "I would definitely want to invest in it."

– @Pops discusses investing in a pro-team/the BBL; how he used to aspire to play in the UK after his NBA career – and wants to see the BBL become relevant in Europe again.

Mensah-Bonsu reflected on growing up in the UK and aspiring to play in the British league if his NBA dreams were not fulfilled.

“I wanted to make it to the NBA, play ten plus years in the NBA, then when I got a little older and knew I wasn’t going to be as effective in the NBA, I was going to come back to the UK to play for the London Towers, or play in the UK and try to help, use whatever notoriety, or whatever stature I have to help the league. Because I know and I’ve seen the BBL when it was at its best, I’ve seen it when it became relevant in Europe, it was amazing.”

“I remember watching London Towers, I remember watching Nick Nurse coach those teams, seeing them play against the Rockets, playing against some of the best teams in Europe, this was amazing, and that was one of the things that helped build my love for the sport.

“And seeing that at a young age in the UK, to me that was like if I don’t make it to the NBA I can always play here. That’s how I saw it, so I would definitely want to invest in it, and like Lu said, I would want to have some input and impact on to how the league is ran, how the product is put out, how we go about compensating players, sponsors, all that stuff.

“It’s something I really wanted to be a part of (growing up), and none of that has changed, I might not be able to go and play in the league right now but I want to actively help, help develop that league, get it to the point where it is relevant in Europe again.”