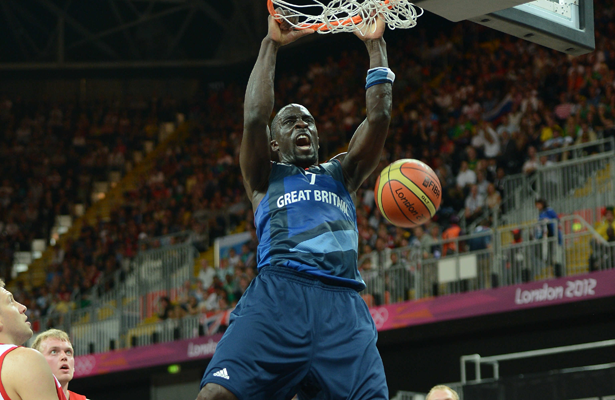 Mensah-Bonsu, who most recently played for AEK Athens in Greece, hangs up his boots after a 9 year pro career to don a shirt and tie as a Regional Representative for the National Basketball Players Association (NBPA).

In a statement, Mensah-Bonsu explained his decision and said thank you to family, friends and colleagues.

“In light of recent events and opportunities that have come up, I have decided to step away from playing professional basketball.

“This was a very difficult yet humbling decision. I felt that I had a lot left to give to the game of basketball, but sometimes God’s plans for you are not what you have planned for yourself.

“The game of basketball, though at times unfair, has been good to me. I have always been a sportsman who took pride in not complaining or feeling sorry for himself. At a young age I learned that you have to play the hand you are dealt!

“I have been blessed enough to experience a lot playing professional basketball. From playing in the NBA, internationally, NCAA D1, to representing my country in the Olympics, I have accomplished a great deal. Although I have always set lofty goals, being one of the few to make it from Great Britain to this level is an achievement in itself.

“I appreciate all the good and bad times, the highs and lows. The many times when my back was against the wall I was not only able to show the world, but most importantly myself, where my character lies. Basketball, and the relationships I’ve gained from it, have moulded me into the man I am today. I am glad to say that I used the game as a tool to help me better myself as a person and player.

“To everyone that helped and believed in me along the way, there are too many to name but you know who you are; family, friends, players, trainers, coaches, and fans – I THANK YOU! I take pride in the fact that every time I stepped on the floor it was because of the belief and hard work that was instilled in me. I love you all and wouldn’t be here without your influence.

“I will be exchanging my shorts and sneakers for a suit and tie, BUT don’t get it twisted, I will still meet you at the rim!

“I look forward to this next chapter in my life and what the future holds. I believe God worked through me because I was never supposed to play for this long, or at this level.

“Thank you for letting me share my world with you all.

The 6’9″ Hackney White Heat product graduated from George Washington University in 2006, where he led the squad to two NCAA tournament appearances.

A journeyed but successful professional career followed where he became a fan favourite wherever he played.

Having had multiple stints in the NBA – most notably his time with the Toronto Raptors in 2008-09 – Pops has played for teams in a number of the top leagues in Europe, with his most successful season coming in 2011-12 with Besiktas in Turkey’s TBL. With Besiktas he went on to win the Turkish League championship, Turkish Cup, the EuroChallenge and was named the TBL Player of the Year.

Mensah-Bonsu was a leading figure of the Great Britain Senior Men’s team from 2008 through to London 2012 where he became an Olympian, and will go down as one of the greatest British basketball players of all time.