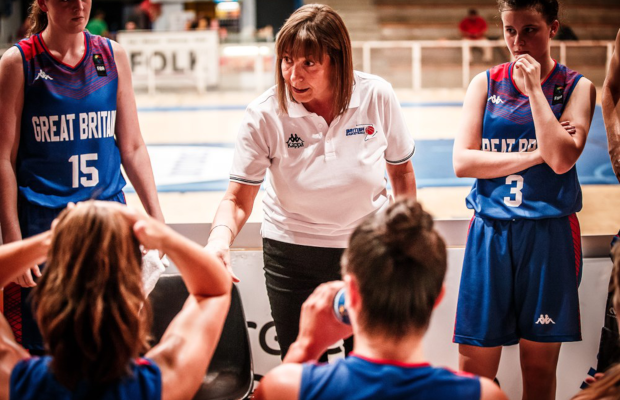 Great Britain Under-18s saw their promotion hopes dented at the European Championships on Tuesday after falling to a 73-67 defeat against the Netherlands, in Oberwart.

Vanessa Ellis’ side were left to rue another costly third period as they now drop to a 2-2 record with victory against Denmark not guaranteeing a top-two finish.

Loren Christie weighed in with nine points, seven rebounds and five steals in the defeat.

An even opening period ended with Netherlands beating the buzzer from 3-point range to lead 22-19. However, GB began to pick up momentum with their own outside shooting with Ellmore, Winterburn and Katie Bennett all connecting from beyond the arc.

Bennett and Loie Webb stepped up in the back-court with Alix Henderson sat on three fouls in the first half.

Netherlands started with a 5-0 run to open the third before Winterburn netted a three out of a timeout. However, the charge continued as the gap began to widen with a late score from an inbounds play made it 53-44 in favour of the Dutch.

GB closed to within five in the fourth, but their opponents managed to keep them at bay and an 8-0 run seemingly helped put the game beyond doubt at 63-50.

The belief never wavered and Winterburn netted three triples in a big 14-3 run from GB to make it a one-point game heading into the final minute.

Netherlands produced an instant response once more and held their nerve with a 5-0 finish to seal the win.