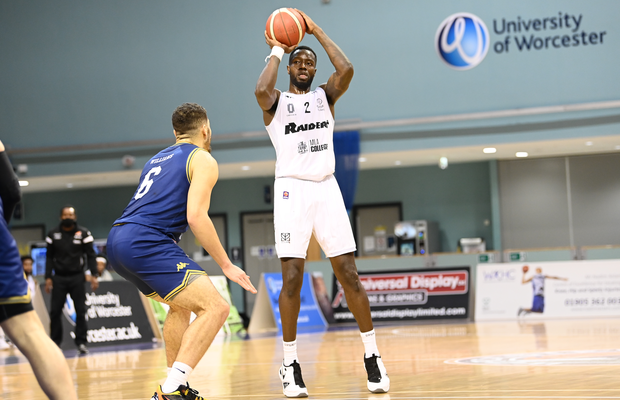 The 2020-21 Molten BBL All-British Team of the Year has been named, as voted for by BBL Head Coaches.

Justin Robinson, Conner Washington, Ashley Hamilton, Jordan Williams, and David Ulph complete the five, who all received at least double the number of votes of any player who didn’t make it.

Robinson averaged 13 points and 5 assists per game, shooting a career-high 47% from beyond the arc, as he helped the Lions to the BBL Trophy, adapting to a new role with a stacked roster for his third consecutive All-British team appearance.

Washington makes his fourth appearance in the All-British team (third all-time), but first since 2016-17, averaging 10 points and 4 assists, whilst being amongst the best shooters in the league to help Leicester to the league title.

In his first season with the Raiders, Hamilton took on the captaincy and has already led Plymouth to a third-place finish in the BBL Championship, a BBL Trophy Final and the highest number of wins in the club’s history. He averaged 16 points, seven rebounds and two assists, for his second All-British team award.

The youngest player to make the team and with his first appearance, Williams has played the fourth most minutes per game (34) of any BBL player, led the league in defensive rebounding (7.6) and was second in total rebounds per game (9.2), while averaging 13 points. In the rare style of a modern ‘point forward’, the 6’8″ big man was also, amazingly, eighth in the BBL in assists per game (5.1).

It’s been a breakout season for 6’7″ David Ulph, having stepped up through National Basketball League Divisions 1 and 2 representing North West teams such as Liverpool. Ulph led the league in field goal percentage (64.9%) and rebounds per game (9.2), while averaging 11 points per outing as Giants fell just short of the Play-offs and made a BBL Cup semi-final.