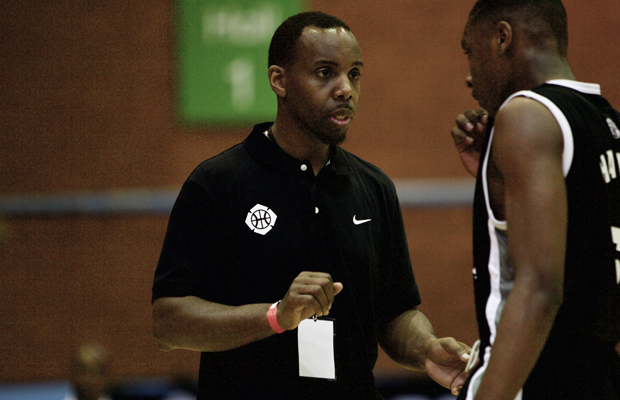 Junior Williams has been announced as the Head Coach of the London City Royals for their inaugural British Basketball League (BBL) season.

Williams, a former England international and eight-year professional player in the BBL, takes his first head coaching job in the league having previously been an assistant with the Lions from 2013-15.

“I’m absolutely privileged and honoured to be coaching this franchise,” Williams told Hoopsfix.

“It’s something I’ve always wanted to do but I’ve never felt I was quite ready in previous years. We’ve always talked about having a franchise in London and me coaching, everything has been aligned right, at the right time. I’m confident and ready to take over.”

Williams reiterated the franchise’s commitment to British players and putting together a team that will be competitive in its first year.

“We’re definitely trying to put together a competitive squad. There’s talks about people saying ‘I hope you guys “survive” year one’, but we want to be very, very competitive; I’m not saying we’re going to win something year one, though that is going to be a goal.

“But we are looking to be very, very competitive. To do that you’re going to need the best of British, some veteran British/English players but also some quality import players.”

And with the re-emergence of another London franchise, a lot of people are talking of the cross-town rivalry with London Lions.

🆕 London Derby!@London_Lions will host @LDNCityRoyals on Friday 7 December in the start of a new rivalry 🤝

“That’s a no-brainer, it’s fantastic. Everybody is going to be hyping up, I’m sure people are going to be saying things, but personally I’m not into that. Let’s play the game and shake hands at the end of it, I’m not trying to hype it.

“I remember Leopards and Towers back in the day, those were the greatest rivalries we’ve seen in London, but I’m not that guy, I’m not Bob Donewald or Billy Mims; not going to be getting dressed up or putting my war paint on, we’re just going to go out and play basketball.”

With the Royals playing out of Crystal Palace, it represents a full circle on Williams’ career, being the same location as his first game as a professional player.

“We’re looking forward to representing London and doing all we can to make the city proud.”

Head of Basketball Operations Nhamo Shire believes Williams is the perfect man to build a culture and club that Londoners can buy into.

“Jay is a dynamic, forward-thinking coach who cultivates an exciting, high-energy style of play that fits very well with what we are building here,” he said.

“We want a team who fans can get behind and are enjoyable to watch, while playing the game the right way – and I’m confident Jay is the right guy to be able to bring that to life.

“His strong connection to the London community as a decorated player and well-respected coach is a perfect fit for us as we work to build a team for London which connects with the whole city.

“Jay is a Londoner and takes pride in representing the city and our franchise in the best possible ways. He’s the leader we were looking for and we’re excited to have him with us.”

The Royals will make their season debut on Saturday 22nd September away at Bristol, with the first derby against Lions scheduled for Friday 7 December at The Copper Box.