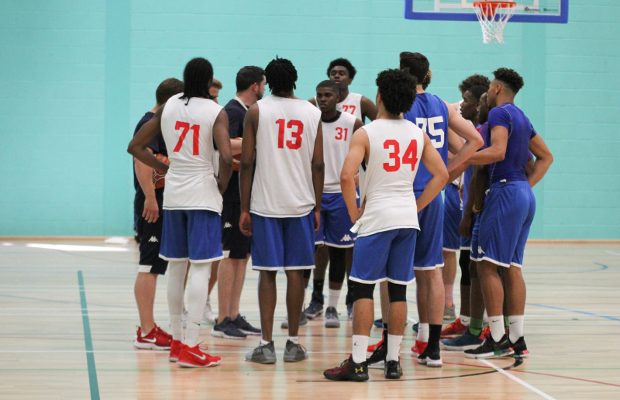 Great Britain Under-20s continued prep ahead of their upcoming Division A campaign at the European Championships with a 73-82 victory over Poland, in Radom.

Carl Wheatle – who was also part of the GB Senior Men’s team earlier this week – led the way with a 19-point haul on 8 of 13 shooting along with five rebounds and three assists in the win.

“I am pleased with certain elements of our play and of course there are areas for improvement,” said Head Coach, Marc Steutel.

“The group have really worked hard in camp and were looking forward to this first test. We are really focussing on the performance at this stage and I feel the group have started to understand how we can have a successful campaign.

“We will be working to improve our overall play and look forward to a challenging game two.”

GB raced out to a 14-4 start against Poland – who will compete in Division B – and extended their advantage to a 15-point cushion by the end of the opening period at 14-29.

The gap hit 20 points midway through the second period, but the home side rallied to halve the deficit in the third having trailed by 17 at half-time. GB restored that advantage at 50-67 with 10 minutes remaining and were able to close out the victory ahead of the second game on Thursday.

Steutel’s side will take on Turkey in their tournament opener in Chemitz, Germany on July 14.