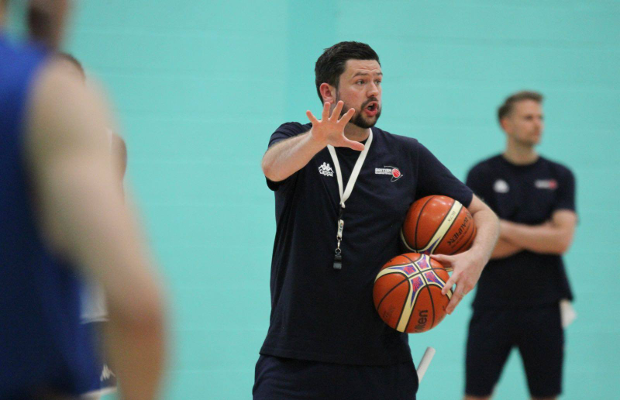 Great Britain Under-20s completed a 2-0 prep series victory over Poland after beating the hosts 48-53 in Radom, on Thursday.

Carl Wheatle again top scored for the visitors with 14 points, while Jelani Watson-Gayle added 11 points in the win.

Caleb Fuller weighed in with six points with five apiece for Sean Nealon-Lino and Evan Walshe as minutes were spread across the 12-man roster with only three players on court for more than 20 minutes.

“Today was obviously a much different test and we expected Poland to make some adjustments as they did,” said Head Coach, Marc Steutel.

“Defensively we took a step forward and I was really pleased with our focus and application in the second half. We still have a way to go to be truly familiar with our offence but we have some specific areas to improve for our next part of camp.

“The group are really positive to work with and we will be continuing to improve for the Europeans.”

GB trailed 15-22 at the end of the first before closing the gap to three at the half-time break with Poland up 34-31. The score was level midway through the third, but the hosts moved back ahead at 46-43 with 10 minutes remaining.

However, Steutel’s side stepped up on the defensive end in the final quarter, holding their opponents to just two points and despite only scoring 10 themselves, it was enough to rack up a second win in as many days.

GB Under-20s will head out to Chemitz to continue their preparations for the European Championships and are set to face the hosts, Germany, in a friendly before the tournament gets underway.