GB U20 Women Fall in Euros Opener to Israel - Hoopsfix.com

GB U20 Women Fall in Euros Opener to Israel 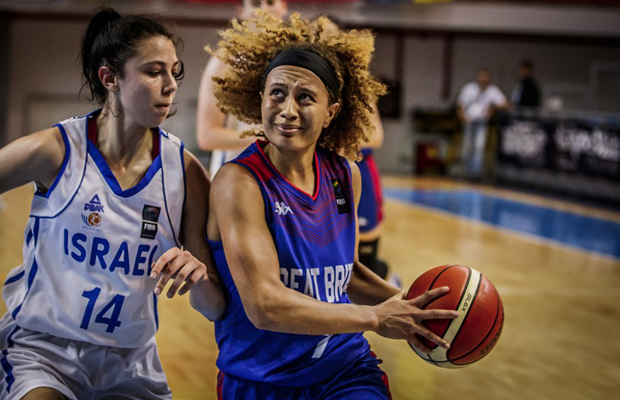 The Great Britain Under-20 Women were unable to start their Division B European Championship on a high with a 72-55 loss to Israel on Saturday morning in Romania.

Loren Christie and Shauna Harrison would both grab 10 rebounds, but GB were unable to recover from 26 turnovers.

GB were let down by a struggle of a first quarter, as Israel jumped out to a 16-4 lead and didn’t look back. GB found themselves down 16 points at the end of the opening period.

Head Coach Jeff Jones commented: “We obviously got off to a horrible start in the first quarter and we probably didn’t adapt to the occasion of playing in a European Championship as a team together for the first time.”

“We froze a little bit but it got better in the second quarter and the kids coming off the bench did a good job.”

A stronger second period led by Imani Whittington, as she had 11 of GB’s sixteen points, saw GB close the gap, tightening up defensively to hold Israel to 10, as the deficit was at 10 at halftime.

Neither team would be able to convert for the opening three and a half minutes of the second half, before Israel would begin to pull away. GB would never bring it back to single digits in the second half, as Israel extended to their biggest lead of 17 down the stretch.

GB will look to bounce back tomorrow when they take on the hosts Romania.