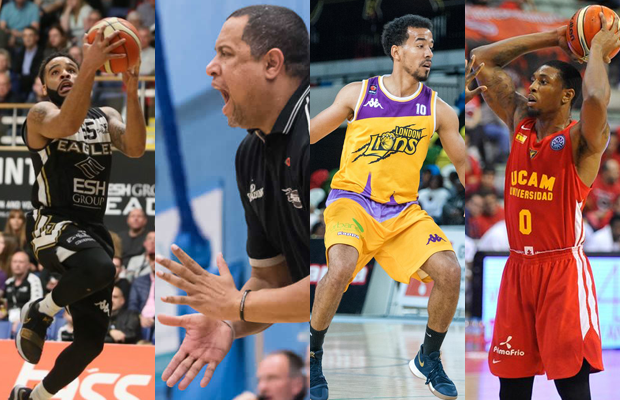 Jaysean Paige, Creon Raftopoulos, Justin Robinson and Ovie Soko have all been recognised in the Basketball Journalists Association’s annual awards for the 2017-18 season.

Paige, who led the British Basketball League in scoring this season with an average of 22.6 points a game, saw-off Surrey Scorchers guard Tony Hicks who finished second in the voting, whilst London Lions’ Justin Robinson finished third.

“I’m very grateful for this award,” Paige said. “I would like to thank Fab for giving me the chance to play at Newcastle and my team-mates who were there for me for the whole year.”

Raftopoulos led Surrey to arguably their best season since the team was reformed in 2015. The Zimbabwean led the Guildford-based side to fifth place and despite missing out on a spot in the semi-finals of the BBL play-offs, he guided them to an unbeaten home record in 2018.

“It’s a great honour to receive such an award for this season,” Raftopoulos commented. “There are a lot of people to thank but most of all I’d like to thank my team for buying into the team’s philosophy and playing their hearts out this season. I honestly believe a coach’s award is a team award.”

The Pete Jacques Award for best British player in the BBL is awarded to London Lions guard Justin Robinson, who won the honour with a unanimous vote.

Robinson, who has enjoyed a stellar first season with his hometown side averaging 17.8 points a game, fought-off Glasgow Rocks’ Gareth Murray, who came in second and Sheffield Sharks’ Zach Gachette in third.

The 27-year-old Londoner has been one of Murcia’s key contributors this season both in the ACB, where his side are currently battling for a spot in the play-offs, and in the Basketball Champions League where he was named to the All-First team and helped his side to finish third overall after narrowing losing to eventual winners AEK Athens in the semi-finals.

Soko, who has represented Great Britain during the FIBA World Cup qualifiers in November, has averaged 11.2 points in the ACB this season along with 13 points and 5 rebounds in the Champions League.