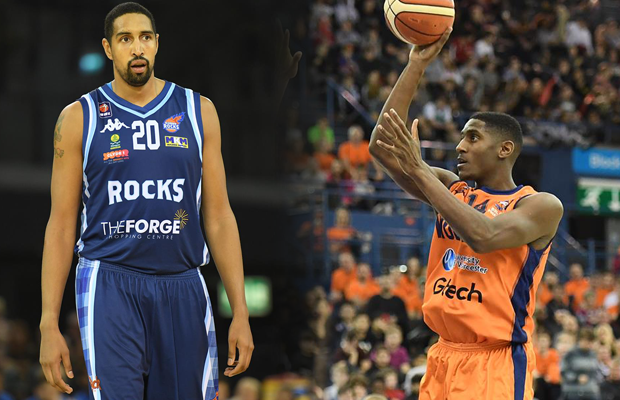 Rob Gilchrist and Kieron Achara have both been named to the All-British and All-Defensive Molten BBL Teams of the Year.

Achara makes both lineups for the fourth year in a row and is joined in the All-British team by Glasgow Rocks team-mates Gareth Murray and Ali Fraser with Justin Robinson completing the five in his first season in the league.

Gilchrist led the BBL with 2.4 blocks per game and his inside protection earns him a place on the defensive lineup – along with Achara – with Leicester Riders’ Eric Robertson, Devan Bailey of Cheshire Phoenix and London Lions forward Brandon Peel also recognised for their efforts.

🏴󠁧󠁢󠁳󠁣󠁴󠁿 @KieronAchara makes the All-British Team of the Year for the fourth year in a row! 👏

Robinson averaged 17.8 points and 5.6 assists per game in his debut campaign for the Lions and is expected to be in contention for the MVP award, while Murray put up 12.5 points, 3.9 rebounds and 3.2 assists in amongst representing Scotland at the Commonwealth Games.

Fraser also starred on the Gold Coast and averaged 13.4 points and 6.1 boards for the Rocks with Achara registering 12.8 points and 7.5 rebounds per game as the trio formed a strong core for Glasgow.

As well as his eye-watering blocks on the defensive end, Gilchrist aided Wolves’ offensive output with 12.9 points on 52% shooting and collected 5 rebounds per outing.

Lockdown defenders Bailey and Robertson both helped their respective sides win silverware this season, while Peel has been a growing influence at both ends of the floor for the Lions throughout the season – with a league best of 17 double-doubles.

The Coach of the Year, Team of the Year and MVP awards are still to be announced.