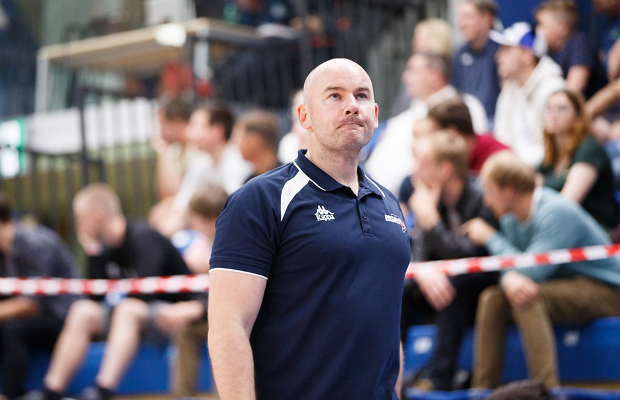 Alan Keane has taken the reigns as the new Head Coach of Reading Rockets following the departure of Manuel Pena Garces.

The club announced earlier this month that the Spaniard had left by mutual agreement with Keane now confirmed as the replacement having been an assistant since 2016.

“This new role within the Rockets family is the ideal next step for my coaching aspirations,” he said.

“Reading Rockets is a club that has allowed me the privilege to work as a full time basketball coach between the John Madejski Academy (Rockets Academy) and the men’s team.

“I am grateful for that and ready for this exciting new challenge. Having assisted with this team for the past two years, we can be more demanding and have higher expectations with regards to what we expect from the players individually and collectively.

“I can’t wait to get started.”

Keane was part of the Team England coaching staff at the 2018 Commonwealth Games and was also previously England Under-16’s Head Coach before been handed the same role in charge of Great Britain’s Under-18’s last summer, where they achieved promotion to Division A with silver in Estonia.

Pena Garces spent five years at the helm with the Rockets, winning a treble in the 2013-14 season as well as reaching three more finals since.

“We part company with Manuel on good terms having enjoyed five solid seasons working together,” said Reading’s Chairman, Gary Johnson. “This has been a mutual decision and we wish him all the best for the future.”

“The vision for Reading Rockets is very clear: to attain British Basketball League status, and we will now set out a renewed direction for the club, both technically and operationally, to allow us to fulfil this aspiration. Rockets turns 21 in 2018, which is heralding a new era for the club.”

Reading finished third in the NBL Division 1 standings this season with a 17-7 record before going out in the semi-finals of the playoffs.