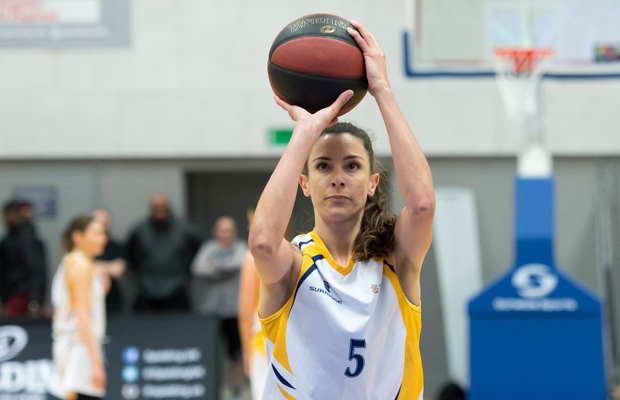 Anglia Ruskin University stole the WNBL Division 1 Playoff title with a 67-66 win over Essex Blades in the Championship Final on Sunday at the National Basketball Performance Centre in Manchester.

Having trailed by as many as 16 and almost the entirety of the contest, ARU’s Jazmin Gyulai converted a three-point play with 6 seconds remaining to give them the win, finishing the game on a 7-0 run over the last 1:39 to steal victory from the jaws of defeat.

Nadege Talva and Marianna Maddaloni had 17 each to lead ARU, and Gyulai finished with 12 but it was Katrin Hulme who took home MVP honours, with 9 points, 9 rebounds, 4 steals and 3 blocks.

Essex were led by 25 from Cat Lutz and 18 from Colleen Leung.

“I’m very happy, they did a very great season,” ARU Head Coach Cristina Baiocco said after the game. “We started very bad, but did a good enough job every day so we are very very happy.

“Our team keeps positive every time and they have very good work (ethic) so this is the key.”