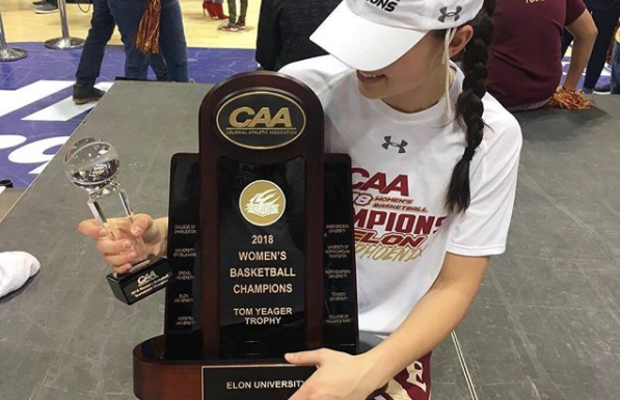 Four Brits are set for March Madness as they take part in the upcoming NCAA DI Tournament.

Savannah Wilkinson (FSU), Cheridene Green (Tennessee), Shanice Norton (LSU) and Anna Popovic (Elon) will be flying the flag at the annual Championship that gets underway on Friday.

Popovic – in her freshman year – recently won the CAA Championship with Elon going 25-7 on the season and they will face fourth seeds NC State in the First Round.

The former England junior international started 16 of 31 games this season with a best of 12 points against Towson in January.

🏆 @annapopovic_x heading to the NCAA Tourney after winning the CAA Championship with Elon! #britishbasketball

Meanwhile, Wilkinson’s freshman year also culminates with a trip to the Big Dance with Florida State ranked as the third seeds with an opening clash with Little Rock in the Albany Regional.

Wilkinson made 24 appearances during the season with a best points haul of 14 coming against Clemson at the start of 2018 for the GB international.

LSU were beaten in the final of their Conference Championship and they will open against Central Michigan as the sixth seeds in the Spokane Regional as Norton and the Tigers make their second consecutive appearance.

The junior guard started in nine games throughout the season with season-highs of 11 points and 5 assists against Little Rock.

Green also suffered a Conference Championship final defeat as Tennessee fell to South Carolina and they face Liberty in the First Round as the third seeds in the Lexington Regional.

6’3″ forward Green posted a career-high of 17 points against Vanderbilt – making 31 appearances off the bench in 2017-18 having returned from injury.

The NCAA Tournament starts this coming weekend as 64 teams battle it out for glory.