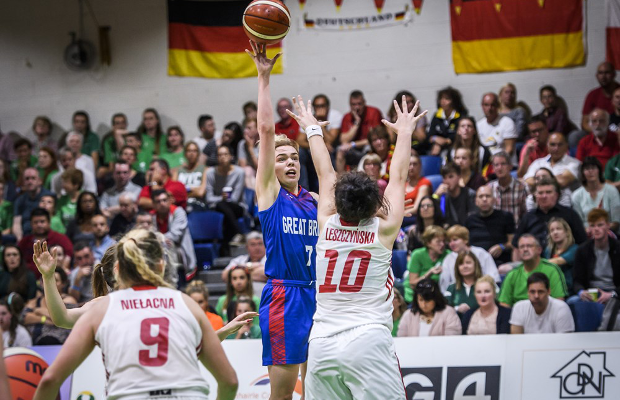 Great Britain Women’s U20, U18 and U16 sides now know who they will go up against in search of Division A status after the European Championship draws were revealed.

In 2017, GB Under-18s came closest to promotion as they came up short in the bronze medal game after a spirited campaign with Holly Winterburn making the All-Tournament team.

GB will take on the tournament hosts at this summer’s event – 3-12 August – having been drawn in Group C alongside Austria as well as Montenegro, Denmark, Turkey and the Netherlands.

The Under-20s finished eighth last year under Senior Head Coach, Chema Buceta and they will take on Greece, Ukraine, Lithuania and tournament hosts, Romania from 7-15 July.

Meanwhile, GB U16s will head to Podgorica, Montenegro from 16-25 August and they have been drawn against the hosts with Greece, Sweden, Iceland and Macedonia completing the group.

Scotland and Wales will both field Under-16 teams in Division C having been paired together in the same group, in Moldova.

Also, Ireland’s Under-18s side face a stern test in Division A, following their memorable promotion on home soil last summer, with France, Russia and Poland lying in wait.