19 Selected in England Under-18 Squad - Hoopsfix.com

19 Selected in England Under-18 Squad 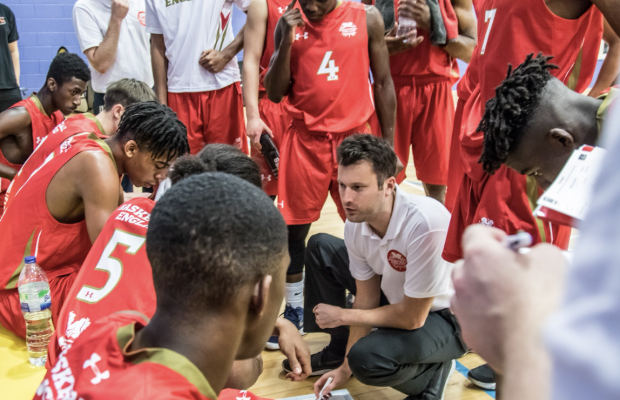 Basketball England have named 19 players in their updated Under-18 squad following the recent December camp and Haris Tournament in Manchester.

Those selected are put forward for further consideration to make the Great Britain U18 squad which will be announced following the next camps in April.

“This year’s December camp was a great learning environment for all,” said GB U18 Head Coach, Alan Keane.

“Both players and staff brought a refreshing energy and enjoyed a very positive experience. On the court over the two days, the players created a great environment where they were given the opportunity to showcase their talents and effort.

“The level of competition was great and gave all coaches a lot to think about as we move forward. Credit must also go to all club and academy coaches who continue to work with these players.”

Seven of the 19 players chosen are based overseas with Jacob Round, Kareem Queeley and Tomiwa Sulaiman out in Spain with Eljay Morris, Joshua Ogundele, Nathan Robinson and Vasja Pandza in prep schools in the US.

GB U18s achieved promotion to Division A with a memorable run to the final last summer in Tallinn, Estonia with three players including Round and Robinson, as well as Hosana Kitenge part of that squad.

The latest England squad also features a number of players that represented GB at the Under-16 European Championships last summer with Mate Okros making the All-Tournament Team.

Guy Coles led a select England U18 team at the recent Haris Tournament (full recap HERE) where they finished as runners-up.

“There were a lot of positives to take from England’s performance at Haris,” said Coles. “There isn’t a defined playing style for the group yet so we worked on developing that and they responded by improving game by game.

“What the tournament highlights is the importance of the preparation moving forward for the England programme. This is the starting point, now the players will go back to their club environments and prepare for the next stage of the programme.

“It was the ideal combination having a mix of U17’s and U18s for this stage of the performance programme and credit must go to the players as for a number of them it was the first time representing their country, and they represented themselves and the team impeccably.

“Finally, I’d like to say thank you to the organisers of the Haris Tournament. For any basketball fans who haven’t attended the event it is an extremely well run competition with a great atmosphere. For me personally it was a honour to meet Haris’ mother and family, and hear about his time playing basketball.”