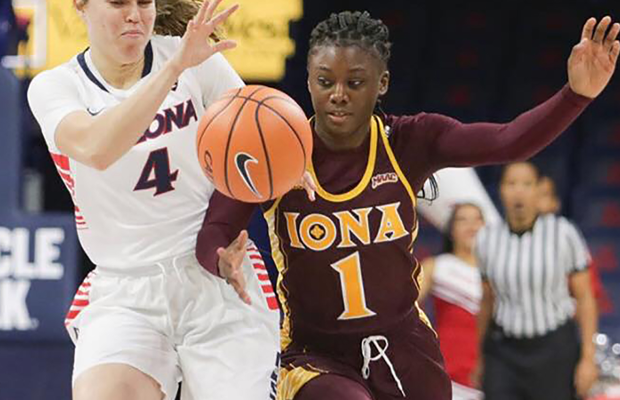 Toyosi Abiola has earned the first Metro Atlantic Athletic Conference Rookie of the Week award for the 2017-18 season after an impressive debut performance.

The freshman guard netted 20 points against strong opposition as Iona fell to a 71-58 loss at the University of Arizona.

Abiola scored nine points in the final period and finished with 7-of-15 from the field along with two 3-pointers in the contest.

20-point outing for @toyosi_abiola in Iona's season-opening 58-71 loss at Arizona.

Last season, Abiola helped City of London Academy win the WEABL Championship having been named as the South Conference Player of the Year.

2️⃣0️⃣ pts on 7-of-15 shooting vs UA pic.twitter.com/3jeFMCSORF