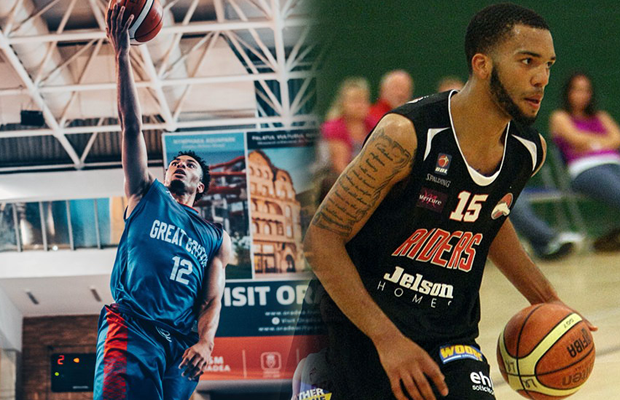 Surrey Scorchers have strengthened their 2017-18 roster with the addition of two former GB U20 internationals in Levi Noel and Josh Steel.

Noel has previous BBL experience having been part of Leicester Riders’ roster the past few seasons whilst playing for Loughborough in the NBL, while Steel is a former D1 champion with Kent Crusaders.

The 1997-born guard helped GB Under-20s earn promotion this summer with Steel averaging 7.1 points, 3.6 rebounds and 1.4 assists per game in seven appearances having also played in 2016.

Steel joins Surrey off the back of a year in college at Duquesne University where he played in 29 games with 2.2 points per game in limited court-time as a freshman.

Meanwhile, Noel has battled with injuries in his time in Leicester having also represented GB Under-20s six years ago in the summer of 2011.

The duo join experienced Scorchers captain Tayo Ogedengbe on the roster along with Caylin Raftopoulos – son of Head Coach Creon Raftopoulos – and their quartet of imports (more HERE).

Scorchers are part of the 8-team field at the British Basketball All-Stars Championship at The O2 Arena this weekend with £100,000 up for grabs for the event winners.