GB Miss Out on 3x3 U18 Europe Cup Qualification - Hoopsfix.com

GB Miss Out on 3×3 U18 Europe Cup Qualification 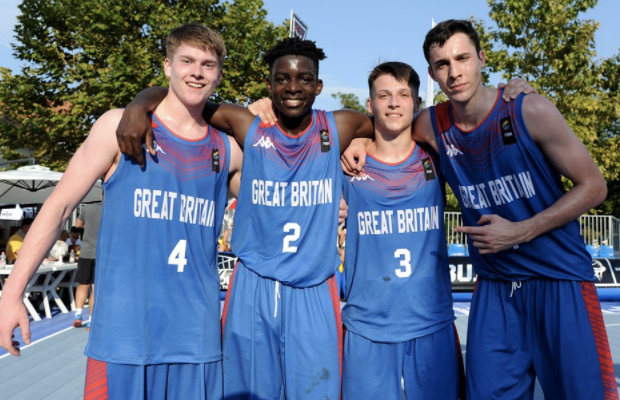 Great Britain narrowly missed out on a place at the Under-18 3×3 FIBA Europe Cup after coming up short in the Qualifiers in Hungary.

The team consisted of Adria Amabilino-Perez, Robin Bedford, Jonathan Brown and Callan Low with each of the four players given their own FIBA 3×3 ranking.

GB – seeded 11th – battled through the pool stage with a 13-10 success over Switzerland (6) followed by a 21-16 victory over the hosts, Hungary (3), to move into the quarter-finals with two chances at qualification.

However, they fell at the last eight stage with an 18-21 loss against 10th seeds Israel before going down 22-12 against the Netherlands (1) in their final game to finish in seventh place.

The top six teams from both Qualifiers in Hungary and Latvia advanced to the third edition of the FIBA 3×3 U18 Europe Cup will take place in Debrecen, Hungary, on 1-3 September.