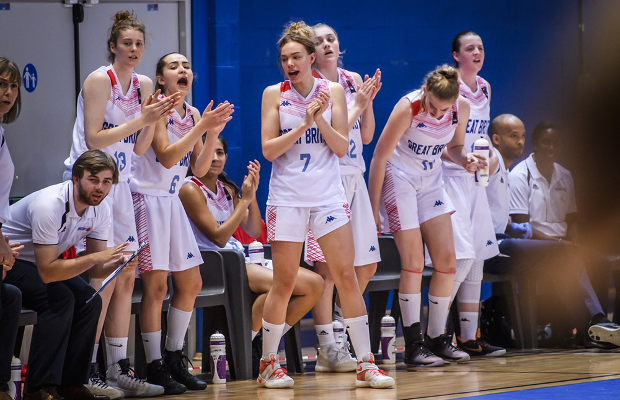 Great Britain Under-18s are heading into the last eight at the European Championships after beating Slovakia 86-64 in a decisive clash in Dublin, on Wednesday.

Vanessa Ellis’ side needed to win to advance after losing to the tournament hosts, Ireland, yesterday, and they finish second in Group D with a 4-1 record.

GB U18s advance to the #FIBAU18Europe Div B quarter-finals with an 86-64 victory over Slovakia 🇸🇰. @hollywinterburn with 31pts! 🇬🇧🏀 pic.twitter.com/KB370mmJYj

Holly Winterburn poured in an impressive 31 points in the win, while Shauna Harrison and Charlotte Ellmore added 16 points apiece.

Slovakia made a 6-2 start to the contest, but GB soon settled with a 7-0 run giving them the advantage before Winterburn netted back-to-back triples as part of 10 first-quarter points with the lead out to 22-12.

The gap was halved early in the second, but GB put together a dominant 16-2 spell capped by an and-1 from Megan Jones. Slovakia closed the half with an 8-0 run as GB led 44-35 at the break.

An opening 3-pointer extended the run before GB restored control with five points from Ellmore sparking a 10-2 response. Winterburn continued to be a constant threat and moved to 25 points with GB leading 68-51 at the end of the third.

Winterburn started the fourth with an impressive off-balance three to beat the shot-clock buzzer as GB maintained their momentum. Ellmore and Harrison pushed GB further ahead and they completed a comfortable 22-point victory.

GB will face the Group C winners (either Romania or the Netherlands) in the last eight stage as they edge closer to promotion.