GB U20s Bounce Back with Crushing Win Over Belarus - Hoopsfix.com

GB U20s Bounce Back with Crushing Win Over Belarus 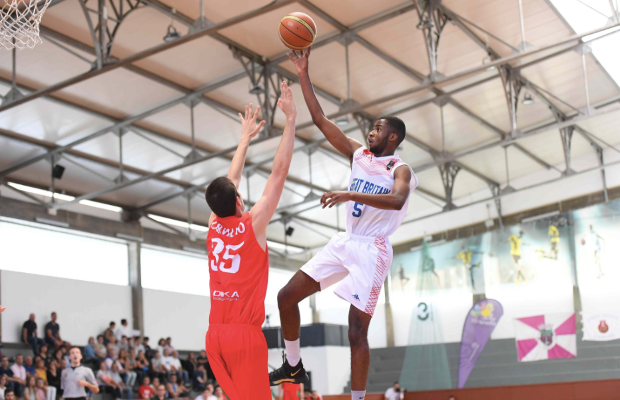 GB Under-20’s rounded out their prep tournament in Portugal with a dominant 89-66 victory over Belarus.

Andreas Kapoulas’ side started with defeats against Finland (recap) and Portugal (recap), but finish 1-2 after an impressive display.

Amin Adamu top scored with 16 points including 7-of-8 from inside the arc, while Danny Evans weighed in with 15 points and 10 rebounds.

Andre Arissol was also in double figures with 10 points in a balanced attack that saw all 12 players get onto the scoresheet.

GB raced out to a 13-2 lead and never looked back, maintaining their double-digit advantage by the end of the first at 23-13.

The gap was cut to six by Belarus in the second, but GB responded to establish a 14-point cushion at 45-31 going into the half-time break.

GB asserted their control with a dominant start to the third period, sparked by Adamu and Harvey Barr’s efforts at both ends. The lead peaked at 29 points towards the end of the third at 70-41.

Belarus edged the final period 22-19, but it was a comfortable win for GB with Evans putting the finishing touches on the game with his second triple before the final buzzer.

GB start their Under-20 European Championships campaign on July 14 in Oradea, Romania.