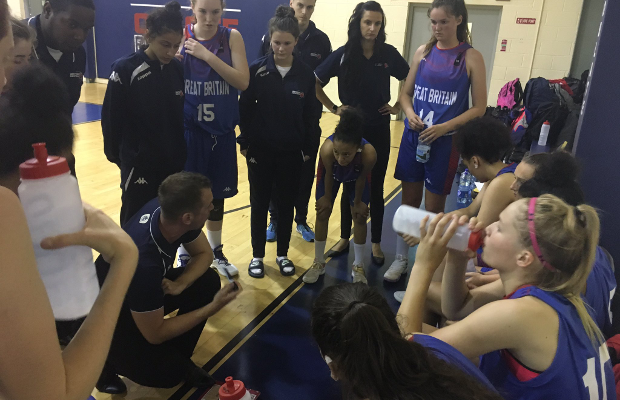 Great Britain’s Under-16’s stepped up their preparations ahead of the European Championships with four games in Ireland over the weekend.

Matt Harber’s side took on their Under-16 counterparts in two games either side of a double-header against Ireland’s Under-17s on Saturday.

Challenging first games vs tenacious, disruptive @BballIrl teams. @gbbasketball U16W have grown up and moving in the right direction!

In the opening game on Friday, Ireland Under-16’s came out on top in a 64-52 victory with 11 points and six steals from Abby Flynn. GB were led by Loren Chrisite’s 11 points and nine rebounds in the loss.

Ireland Under-17’s then recorded a 55-47 success the next morning before GB bounced back with a 76-62 victory later that day with Christie going 10-of-10 from the field in a 24-point haul.

Pollyanna Storie added a double-double of 15 points and 10 rebounds as GB got their first win of the new programme.

GB then took on the Under-16’s again on Sunday and fell to a 65-55 defeat with Christie producing another double-double with 18 points and 12 rebounds with 39 team turnovers proving costly.

Great Britain are in Group D with Slovak Republic, Albania, Denmark, Switzerland and Bosnia & Herzegovina with the European Championships in Skopje from 17-26 August.