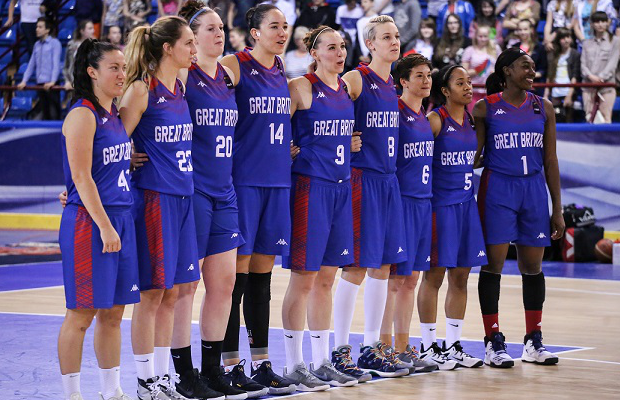 GB Senior Women closed out the Memorial Cup tournament in Minsk with a 77-55 loss against Belarus.

The two sides met in a friendly on Monday with Belarus winning 64-62, but this was a more convincing display from the hosts.

Janice Monakana – who did not play in Wednesday’s victory – led GB with a game-high 16 points with Azania Stewart adding 13 points and nine rebounds in the loss.

Belarus made a strong start with a 12-2 opening with Stewart the only scorer for GB in the early stages, whilst also picking up two fouls.

Rachael Vanderwal – another DNP yesterday – fired in a triple after a 1-of-9 start from the field for the visitors. Belarus stretched their lead with a 7-0 run before Monakana scored five points in a row to cut the gap to 19-10.

Mollie Campbell continued the run with a score from downtown, and scored seven points in the period as GB reduced their arrears to six on a three from Chantelle Handy.

However, Belarus restored control with an 8-0 close to leave GB trailing 38-24 heading into the half-time break.

Monakana moved into double figures with an early 3-pointer in the third, but Belarus continued their dominance to open up a 21-point advantage. GB were held to just a single point in the final 4:40 of the quarter as Belarus moved into a 61-35 lead.

GB opened the fourth with an 11-2 run including six points for Stewart in a spirited response and the visitors took the final period 20-16 to finish strong.

Despite missing a couple of key players, Belarus still had a strong roster and were paced by Viktoriya Hasper’s 12 points and eight rebounds.

Note: Another change to the starting lineup was made with Eilidh Simpson rewarded for her impressive display against Belarus U20s as she joined Collins, Emanuel-Carr, Handy and Stewart.

Stewart was named as GB’s best player of the tournament with GB finishing third with an inferior points difference behind Argentina and winners, Belarus.

GB finish their trip to Belarus with a 2-2 record and will next meet up for a camp in June.