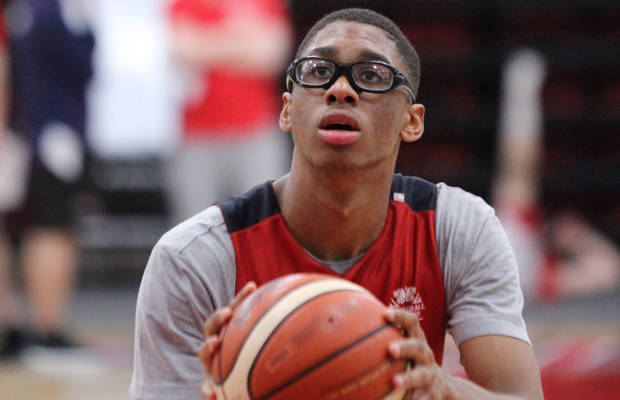 British Basketball have announced a preliminary 20-man GB Under-16’s squad ahead of this summer’s European Championships.

The twenty players have been put forward by each of the home nations and will come together under recently announced Head Coach James Vear, who takes the Under-16 reigns after multiple years involved with the Under-20 programme.

“We are really happy to be able to announce the squad for camp,” Vear told Hoopsfix.

“This is the inaugural GB U16 team and I know the players and my staff are very excited to get to camp and begin our prep for the upcoming euros in Bulgaria.”

Kareem Queeley, Theo Hughes and Mate Okros are the holdovers for England after representing at last summer’s Under-16 European Championships, Christopher Feeney and Lewis McGlasson are Scotland’s nominations, whilst Bristol Flyers’ Cai Thomas is the sole Welsh representative.

The 20 players will enter camp and then be cut down to a final 12 to compete in Sofia, Bulgaria, for the Division B campaign from August 10-19.