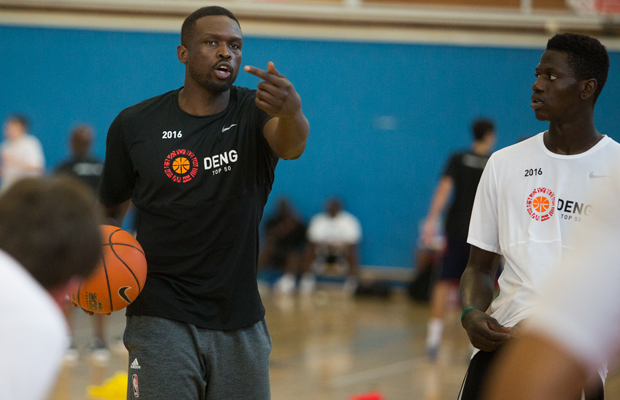 DENG Camp has revealed a fresh new look as the Luol Deng Foundation prepares for the fourth annual top 50 camp this summer.

This year’s camp will take place from 23-26 August at Crystal Palace National Sports Centre, and will once again invite the 50 most talented players in the UK to put their abilities to the test in a bid to be ranked the UK’s number 1, under the #DENGTOP50 moniker.

Zion Tordoff, Kayne Henry-McCalla, Brian Amabilino-Perez and Dan Akin round out the top 5, whilst Amin Adamu is the highest climber after his continued impressive season with Barking Abbey, as he moves to number 6.

Additionally, starting in the summer of 2017, DENG Camp will expand its footprint globally and deliver new camps in both the U.S. and Australia for the most talented South Sudan high school players. These camps will help facilitate more opportunities both on and off the basketball court for a community of players with whom Luol shares a similar journey.

“Our new direction to launch the camp in multiple countries will extend our reach, create more opportunities, and make our family even bigger,” Deng said.

“The aim is to help this community of players in areas that have played such a pivotal role in my basketball career and life. These new camps are the beginning of our investment in empowering South Sudanese basketball players in the USA, Canada and Australia, and eventually even more areas.”

He is also looking forward to what the future holds.

“I’m really so excited for the new direction and can’t wait to help more and more people on and off the basketball court, where we are going to keep growing and growing the camp each and every year.”

For more information, visit the website, designed by 5or6 here: dengcamp.com