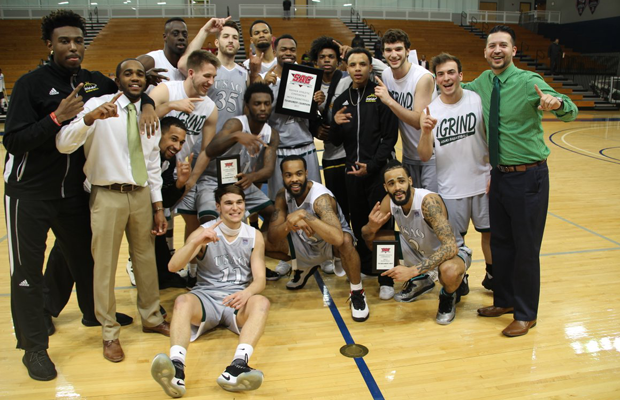 Jamal Tahraoui has won a Sooner Athletic Conference Championship with the University of Science and Arts of Oklahoma after defeating Oklahoma City 93-90 in the tournament final on Saturday.

With the win, Tahraoui and the USAO Drovers have booked their space in the NAIA National Tournament starting next week.

The win improved USAO to 19-13 on the season as Tahraoui has averaged 7.1 points and 3.1 rebounds in 15 minutes per game in thirteen appearances.

“This is my second season with this team and we fell short last year in the Conference championship which hurt,” the 6’7″ forward Tahraoui said.

“This year’s team, we came back with a solid nucleus of players who understand each other with a few new additions and new assistant coach. Winning the tournament is by far one of the best feelings I’ve had. By no means necessary are we done now, onto the National Tournament next week, March 15, and we’re on our way to the second Championship!

“I have one ring to bring back but I need another.”

WE WON THE 'SHIP! I've never felt this good before after a win! To do this with my brothers here at USAO was special! Now onto the national tournament for another one! #1Down1ToGo #Drovers #DroverNation #SACChamps16